Cricket fever is in the air, Warid Glow launched a Facebook game for the cricket lovers i-e GLOW Cricstar.

There are 8 levels of Glow CricStar. Player can bat for 30 overs max. In each level player is given a target score to meet in limited overs. The target score and overs vary with each new level. 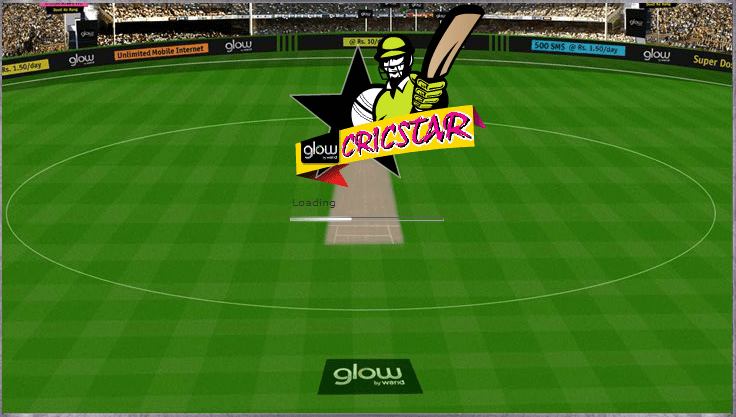 In levels 1 to 8, player can continue the progressing through levels as long as they accomplish the level and have wickets in hand. Just like a normal cricket game, if the player loses all their wickets or is unable to meet the level target, the game would end.
Once player reaches the 8th level the game would continue until the over limit is touched or they lose all the wickets.

One of the important facts is that unlike other facebook games, user has to start the game from the start level 1 if at any point the player quits the game. Moreover Users will have to login using their Facebook for playing Cricstar Game.