After HMD Global took over Nokia, it decided to re-launch the nostalgic Nokia 3310. Nokia has relaunched 3310 at MWC 2017 after 17 years since the original one came out.

“Its gold and titanium features gives the phone the “luxury, style and character of president Putin, the most popular man in Russia”.

“The return of the iconic phone from Nokia has not gone unnoticed by the Caviar designers, who immediately after the new edition of 3310 [was unveiled] introduced its own version.” 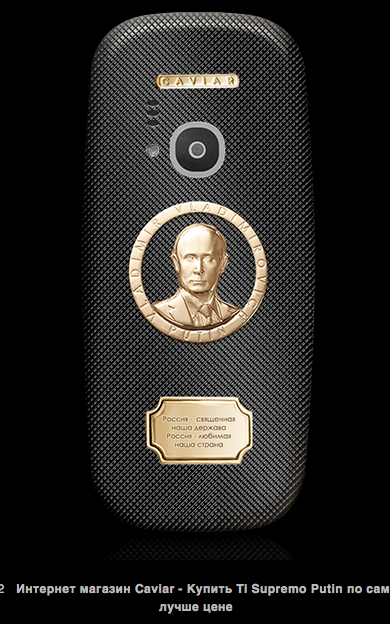 As the original Nokia 3310 was launched in 2000 and the year of Putin’s election was also the same, it seems that the only reason behind fitting both together is to celebrate both the phone and the president’s longevity.

Before this a Russian-owned Italian company also launched a gold version of the iPhone 6. That featured a similar portrait of the leader in 2014.

The iconic 3310 is considered as one of the best phones the manufacturer has ever produced. The new version has a 2.4-inch display and 16MB internal storage.

However, the special edition has the same specifications as the new Nokia 3310 but costs around 30 times more than the original model. The phone is available for purchase from Caviar website.

Also Read: 5 Things You Need to Know About the Modern Classic Nokia 3310