After the end of the ICC Champions Trophy 2017 which ended with Pakistan lifting the trophy, the ICC Women s Cricket World Cup has begun. Google Celebrates ICC 2017 Women’s Cricket World Cup with an Interactive Cricket Doodle. The Google doodle seems to be very active and reminding all the cricket fans to stay tuned for the favorite team matches. You can try your hand with the bat as the doodle allows you to play a game of cricket yourself.

The doodle allows you to play a fun, interactive and simple game of cricket. You play in a team of pests playing against a team of snails. All you have to do is click the mouse to swing the bat. The doodle lets you challenge other to a game with the option to share your scores with them. 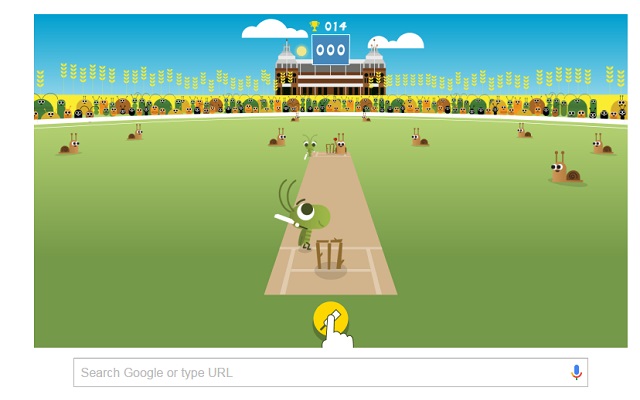 The ICC 2017 Women’s Cricket World Cup will have eight teams fighting out for the Cup in England, and the current holder of the world cup is Australia who is facing stiff competition from India, West Indies, England, New Zealand, Sri Lanka, South Africa and Pakistan. The opening match at Bristol Country Ground will be between the New Zealand Women team and the Sri Lankan Women team.

The ICC Women’s World Cup will continue for the entire month, and the finals will be held on July 23 at 3 pm at the Lord’s ground in London.