Hashim Khan SI TQA (1914-August 18, 2014) was a Pakistani squash player. He won the British Open Championships in squash. He remained world Squash champion of British Open seven times for consecutive eight years from (1951-1958) which was considered as top global tournament in sports. 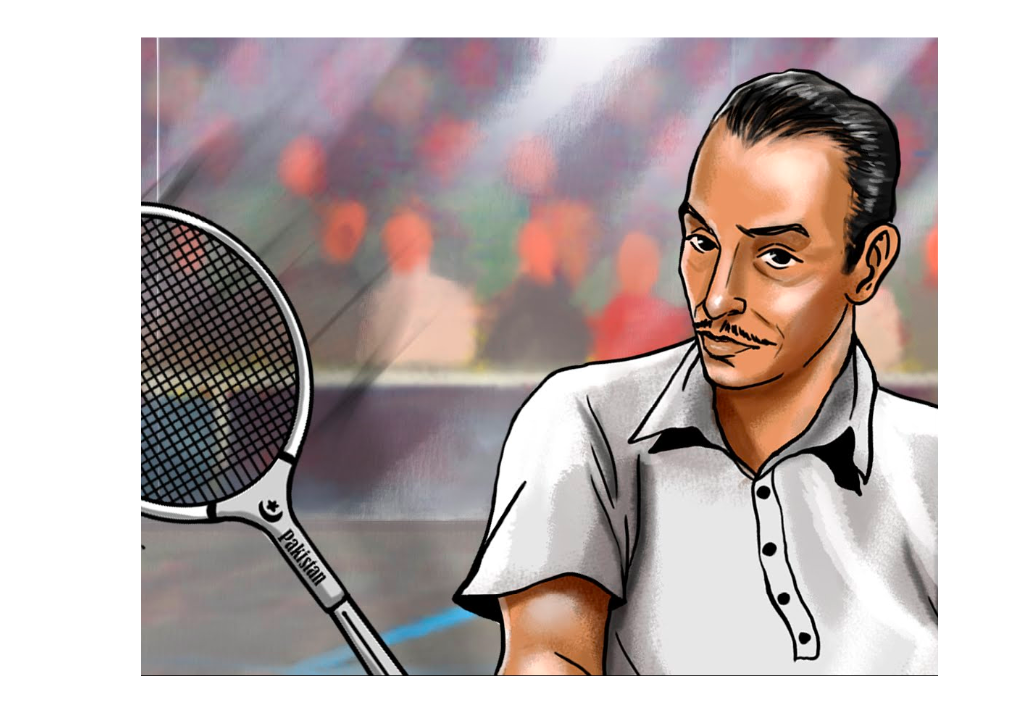 Khan was exceptionally short for a player at just 1.8 m (5 ft 4 in) but his fast reflexes, strong instincts, and stamina on the court soon gained him a coaching job at the club and he won three All-of-India titles in the 1940s. He was already in his mid-30s (an era when most squash players are retiring) when he was drafted to represent newly independent Pakistan at the British Open in 1951, where he upset four-time Egyptian champion Mahmoud Karim.

Hashim Khan moved to the United States in the 1960s, where he taught squash in Detroit, and then in Denver; he continued to play in his 90s. He had a strained friendship with Jahangir Khan, who had dominated squash in the 1980s.