So you don’t need to use other speed testing tool because Google will soon be giving you, your internet speed directly in your Google search box.

Pete Meyers, a Moz marketing scientist, posted a screenshot on Twitter showing the Google speed test tool in their search results. The tests were performed by Google’s Measurement Lab tools. 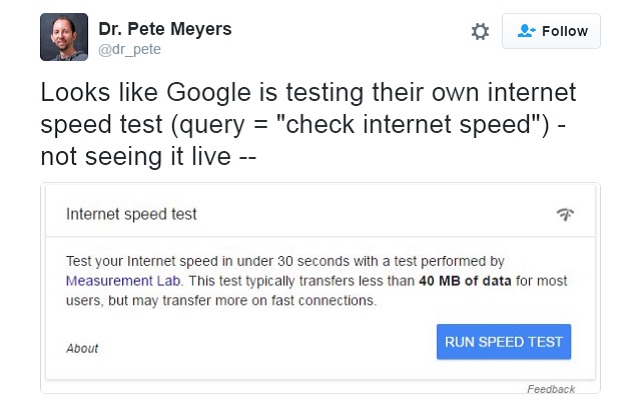 Also Read: Smartphone Wars: Google to Introduce its own Smartphone

Currently, the new internet speed testing tool is under testing and it is not showing up for all users. The test measures download speed, upload speed, and latency. According to Google, the best internet connections have high download and upload speeds but low latency.

There is no exact date regarding when Google will release the new internet speed test tool on its search results. But it soon will be available for all users.