The good die young. Today Google is paying tribute to legendary singer Nazia Hassan with its doodle feature on her 53rd birthday. Pakistani pop industry queen left us shattered on this day 18 years ago after battling cancer.

Nazi Hassan was multi-talented person, she was a Pakistani pop singer-songwriter, lawyer and social activist. she was a graduate of the The American International University and University of London.

At the age of 10, she started her music career and became one of the most prominent singers in Pakistan and India. She was popular across South and Southeast Asia and has been termed as the “Queen of Pop” in South Asia.

“When young Pakistani girls in the 1980s closed their eyes and clutched a pretend mic in their hands, swaying and singing, a major inspiration was Nazia Hassan. Hassan, sometimes referred to as the “Princess of Pop”, was a sensation the likes of which hadn’t been seen in the region in years. Young and graceful, with long flowing hair, she charmed the country by belting out favorite songs “Disco Deewane” and “Boom Boom” alongside her brother Zohaib.

Nazia Hassan born on April 3, 1965 in Karachi. At the age of 15, she met producer Kumar and recorded a Bollywood hit, “Aap jaisa koi” for the blockbuster “Qurbani.” The song became so famous among the listener and she won a Filmfare award. After that Nazia Hassan and her brother released a number of albums, including “Boom Boom” in 1982 and “Young Tarang” in 1984. 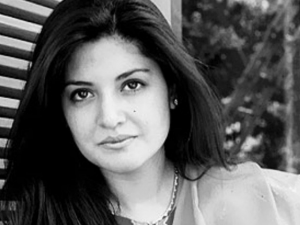 Nazia Hassan was also a devoted scholar and humanitarian. She has worked at the U.N. as well as for UNICEF. Unfortunately, the charming star died on August 13, 2000, at the young age of 35, in London with lung cancer.

Nazia Hassan was not only blessed with a magical voice but with an empathetic heart as well as she got a charm in her personality.

Read Next: Google Pays Tribute to Legend Noor Jehan through Doodle on her 91st Birthday