Earlier in May, Google announced a feature that considerably simplified the process of finding and installing applications on smartwatches. Basically, the feature introduced a pop-up menu that you will be able to see after tapping on the Install button in the Play Store and enables you to install the app on your smartwatch. Now according to a source, Google has started rolling out an identical solution for Android TVs. Conclusively, the search engine giant will make it easier for users to install apps on Android TV.

Google Makes it Easier to Install Apps on Android TV

Right now, in order to install apps on Android TV, you will have to launch the Play Store on the TV itself. Afterward, you will have to look for any required product, that isn’t always convenient to do, especially in the absence of a keyboard or voice control. Well,  the good news is that the process is going to be changed and Android TV users would be able to download any app directly from their smartphones on the Android TV.

As mentioned above, the process of installing the app on Android TV is devised in such a way that when you tap on the Install button in the Play Store, a pop-up menu appears; which shows all the synced devices, which includes smartwatches and Android TV. 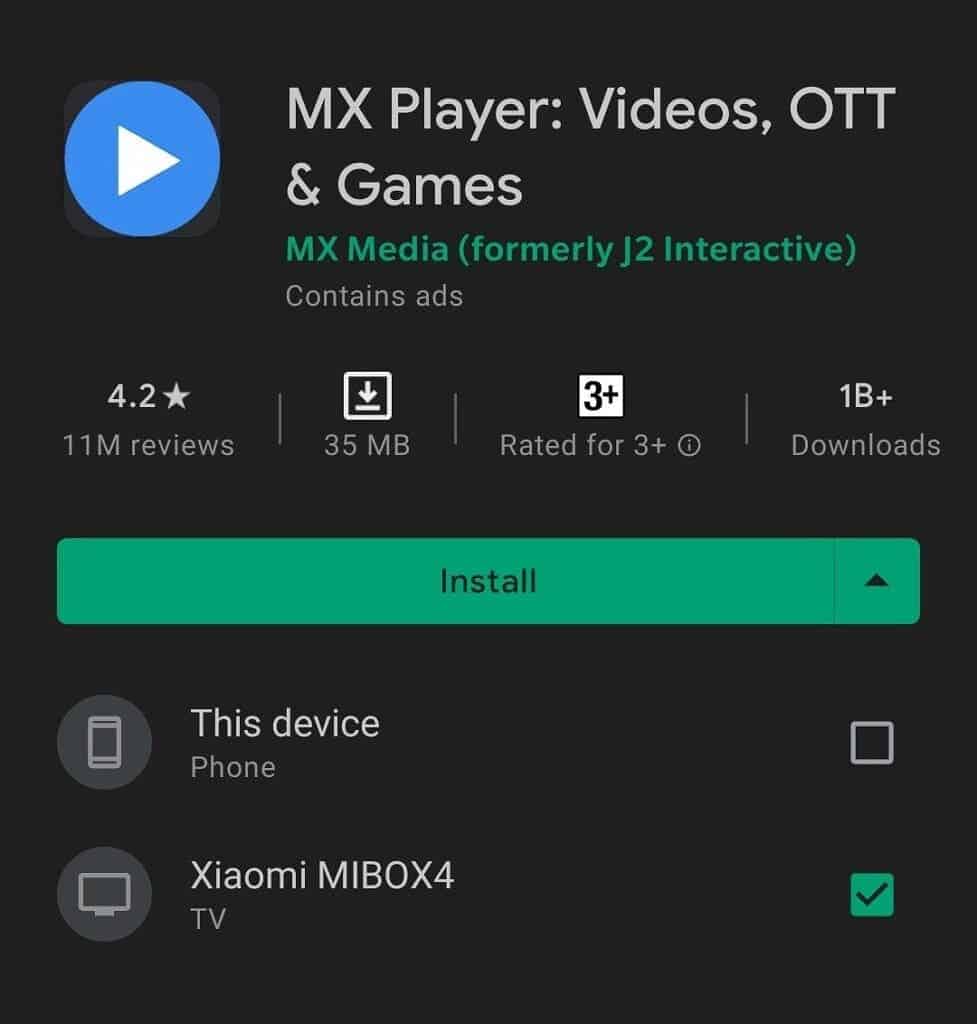 Now as you can see in the aforementioned image, you just need to choose a device and tap on confirm. Afterward, the application will get installed on your Android TV. According to a few reports, this latest feature is currently available to limited users, who have installed the latest version of the Play Store. However, the feature would soon be rolled out globally.

Check out? Google Announces Android 12 (Go edition) Smarter and Faster than its predecessor