Apple removed the pre-installed Google Maps from its mobile operating system, but after a long wait Google released its Google Map, a standalone app. 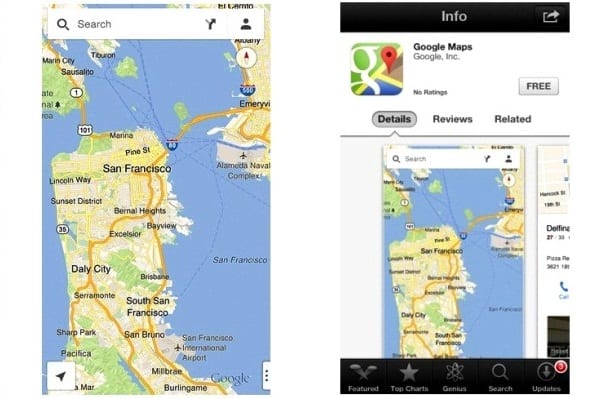 People using iOS 6 had problems with Apple’s mapping, because it was often inaccurate and buggy. Google Maps for iOS looks similar to the iOS app long-time users will remember, with an interface that appears more android than iOS.