Google has recently rolled out a new messaging feature for Google Maps for Android. This messaging functionality will allow the app users to engage in IM conversations with businesses.

A New Messaging Feature Rolls Out To Google Maps for Android

This new messaging functionality will let the Map users to have conversations with the businesses. However, we still don’t know how many companies or businesses are taking advantage of this new feature yet. The feature is more specific for finding out information about a store or local business that can’t easily be found on its website. As there are already many messaging apps available to Android users so its use is more specific as compared to just chat with friends and family members. You can find this feature by heading to the Google Maps Settings. When you will tap the “Messages Listings”, a page will come up. This page further says that users can contact businesses by tapping the “Message” button on their Google page. Let’s have a look at that. 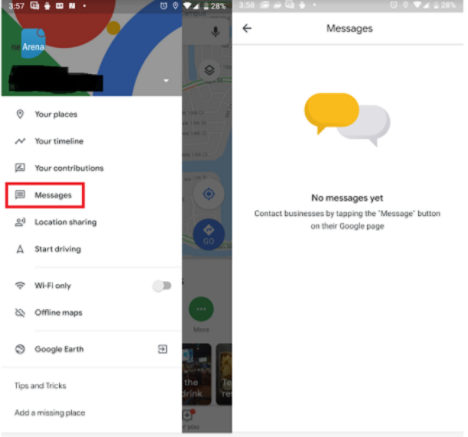 In addition to that, a few weeks back, “For You” feature was introduced for the iOS users of Google Maps.  This “For You” feature of google maps makes it easier for you to track nearby places and other businesses. While opening the app one can tap the buttons placed on the bottom of the screen. This makes them see recommendations regarding where to visit, where to eat, and what to do in the neighborhood. Let’s see which new feature will be introduced by Google to engage its users.