We all know that Google Maps got updated with a feature of crash and speed trap reports a few months back. Recently, we have come to know that Google has added a new option of “Slowdown” for the users as well that will provide them an improved user experience.

The App has recently added a new type of incidents: slowdowns. We all know that when something happens on the road that slows down cars, Google Maps needs to gather some data. The App even takes a bit of time to change the traffic condition from green to orange, then red, and burgundy. In the meantime, if you’re driving in the wrong direction then it doesn’t suggest a re-route because it doesn’t yet know something wrong has happened.

The new “Slowdown”/ “Congestion” option would solve that issue. If a larger number of users will share in the traffic report that there’s congestion, you will know what you’re driving into and may be given the option to change your path. Isn’t it an amazing feature?? This new option is rolling out to some countries right now. We hope that it will soon make its way to all the users. 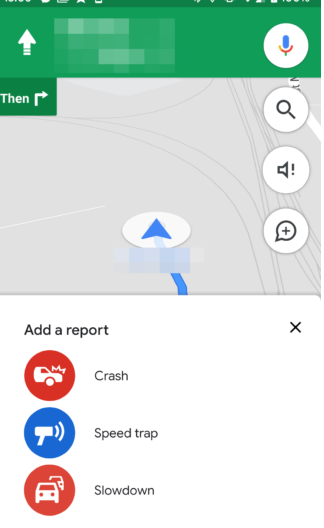 In addition to all this, Google Maps for Android also rolled Out Public Event Creation Feature a few weeks back. The new feature allows all the Android users to add public events being shown in Maps. This new feature of Google Maps allows you to make a note of public events. The new option is seen in two locations in the App. One of them is in the main “contribute” tab of the “your contributions” section while the other one is in a new “events” tab of the same section.