Google messages will soon be classified into different categories in your SMS messages. The Google Messages app will soon be given categories such as Private, Transactional, or OTP (one-time password), including specifying the kind of text a user receives, according to many screenshots posted on Twitter. The content-based sorting of messages is likely to improve the overall user experience. Google also runs on many features, such as deleting OTPs instantly every 24 hours in the Notifications app to unclog the inbox.

Google tests SMS categories in the Messaging application which will be introduced in general terms soon, according to user reports on Twitter. Twitter screenshots show different types, including, Personal, Transactional, OTP, Offers, and More, from this test. Various applications are already provided with SMS filters, including the Truecaller and OnePlus Messages app. 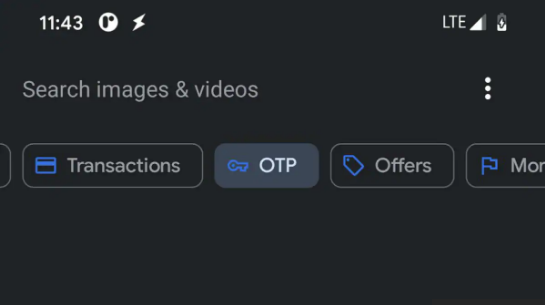 The news comes to a couple of days after a report says that Google is working on a feature in Google Messages that deletes OTPs 24 hours after they are received. OTPs typically take up to 30 minutes of shelf life and afterward remain in the inbox. This functionality is designed to help users reduce the clutter in their inboxes. These two things would probably improve the app’s overall experience. In addition, users also will able to avoid messages with filters.

By introducing a Verified SMS feature that allows users to check the true identity of businesses texting Google already has updated its Messaging app. Through verifying them per message, the latest feature indicates the authenticity of businesses in the  Messages app. with this feature user will receive a response from one of the companies registered with the SMS feature, the company name, logo, and authentication badge can be displayed in the message thread.