Google Messages upcoming update to bring Floating Conversation bubbles on Android 10. Google has introduced a new API called “Bubbles” which make it easy for app developers to push more visible notifications directly on top of the user’s display. The feature is quite similar to those of Facebook Messenger’s “Chat Heads” feature.

XDA-Developers were the first one to reveal this feature. They have manually enabled the Android Message Bubbles and posted some screenshots of the feature in action. To be very honest, the feature is just the same as Facebook’s Chat Heads. When you will receive a message, you’ll get a visual notification on top of your screen. The feature is not new for many apps. But yes, Google Messages will get this for the first time in the coming weeks. 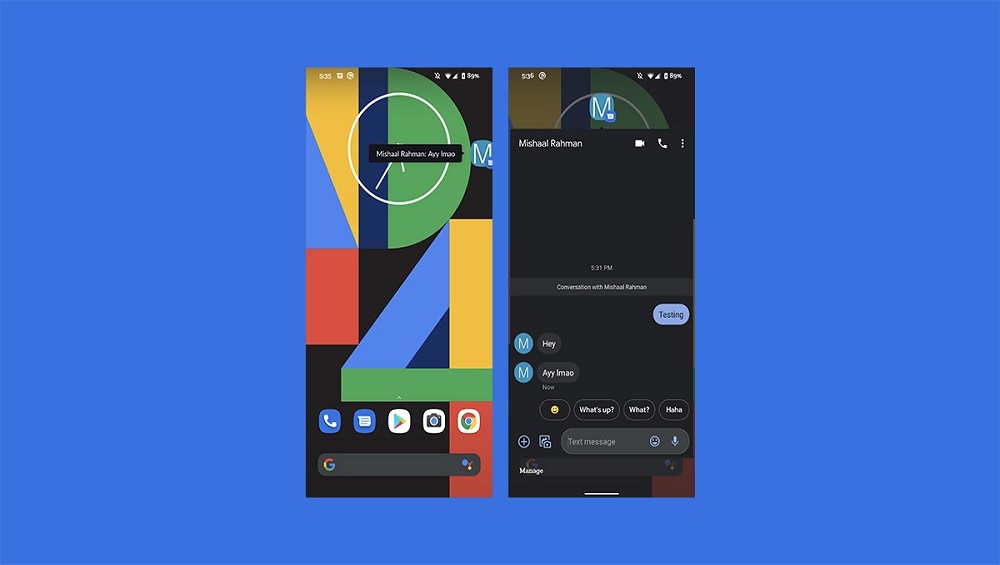 There is no exact word when this update will be available. But surely we will get this update in the coming weeks.