Recently, we came to know that Google has sent out invites for an October 9th event. Most of the people believe that the upcoming event will most certainly be the official announcement of the thoroughly leaked Pixel 3 and Pixel 3 XL smartphones. Moreover, the invites sent by Google subtly hints at the Pixel 3 with the numeral in the heart emoticon. So, most probably the upcoming Google event will be the Google Pixel 3 & 3XL Launch Event.

There’s not much to go by from the invite in terms of clues. The invite includes just a simple “I <3 NY” phrase, which subtly hints at the Pixel 3. As we know that the upcoming smartphones had been thoroughly leaked so, Google probably doesn’t need to do much more to promote the announcement. 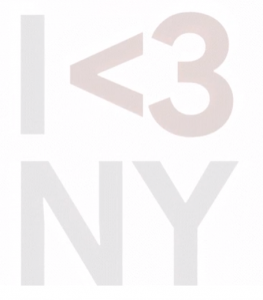 Google accidentally leaked the specifications for Pixel 3 in August. According to the leak, the Pixel 3 XL will come with a Qualcomm 845 chipset with Adreno 630 graphics. Furthermore, it will feature an enlarged display with a resolution of 2960 x 1440. The phone will likely to ship with only 4 GB of RAM.

Both smartphones will have most probably the same design tweaks. However, Google Pixel 3 XL will come with a large notch. The depth of the notch will also force the notification box to expand over the UI hiding a row of icons. Both handsets will have a glass back for wireless charging. Each of the Pixel devices will also have dual front-facing cameras and a single rear camera.

Last year, Google announced an entire slate of hardware products, including the Pixelbook, Google Home Mini and Max, Pixel Buds, and Clips. Even though, many specs of upcoming handsets had already been leaked but still, there’s plenty of room for some other surprises on October 9th.