While the Google Pixel 6 and 6 Pro are among the greatest phones introduced this year, a few customers have reported strange issues. They appear to be the most error-prone Google phones to be released in a long time, based on the number of bug patches included in the Android December patch. However, another issue has emerged, with users reporting a few Pixel 6 devices that unexpectedly stop reading various sensors’ data, disrupting functionality such as auto-rotate and horizontal shooting. 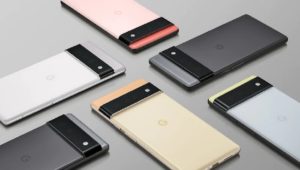 As a result, Google Pixel 6 customers are reporting that functionality such as auto-rotate and automatic horizontal photography are malfunctioning on their devices. According to user complaints on the company’s support forums and Reddit, an increasing number of Google Pixel 6 and Pixel 6 Pro phones are unexpectedly ceasing receiving data from certain sensors. Furthermore, auto-rotate and automatic horizontal pictures are randomly malfunctioning for users, even after updating with the Android December patch.

Google has now published the December 2021 update for its Pixel phones, which includes several known bug patches as well as a list of vulnerabilities. Some Google Pixel 6 customers report that following the update, the camera does not automatically flip to show landscape photographs, while others report that their Pixel 6 units occasionally fail to read data from certain sensors. Several afflicted customers claim that they can reactivate the functionality by restarting their phones. However, it is not a long-term solution. According to Android Police, the newer Google flagship models are prone to software issues. According to reports, the Google Pixel 6 is unable to read data from sensors such as the gyroscope, accelerometer, and compass. According to the report, some sensors are not giving data while troubleshooting using the Sensor Test app. 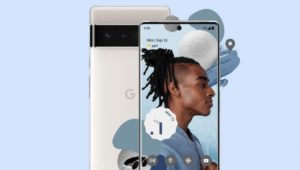 On a technological level, it appears that the Pixel 6 and 6 Pro occasionally forget how to interact with a few sensors that enable auto-rotate. We can confirm that the accelerometer, gyroscope, and compass are all affected by the issue, with these sensors failing to produce any data when using debugging tools like Sensor Test. Given the importance of the gyroscope and accelerometer in providing auto-rotate and automatic horizontal photos, the relationship makes obvious. The same is true for anecdotal evidence of map applications failing to indicate the direction you’re pointing your phone. Applications simply do not have the info when the compass is unavailable.

Also read, Iphone 15 Pro: The phone will might have this unique feature

Furthermore, several customers have complained on Reddit that their Pixel 6 and Pixel 6 Pro units are losing mobile network service at random after installing the new update. However, Google has yet to confirm the issues and their resolution.