Today Google has posted a hand washing video Doodle recognizing Dr. Ignaz Semmelweis. He is known as the first person who discovered the medical benefits of hand washing. The Google Doodle is showing in the video how to properly wash your hands.

A Hungarian physician and scientist, received his doctor’s degree from Vienna in 1844 and was appointed as assistant at the obstetric clinic in Vienna. Now known as an early pioneer of antiseptic procedures and described as the “saviour of mothers”.

He was the first person who discovered that the incidence of puerperal fever- which is also known as “childbed fever”- could be drastically cut by the use of hand disinfection in obstetrical clinics. 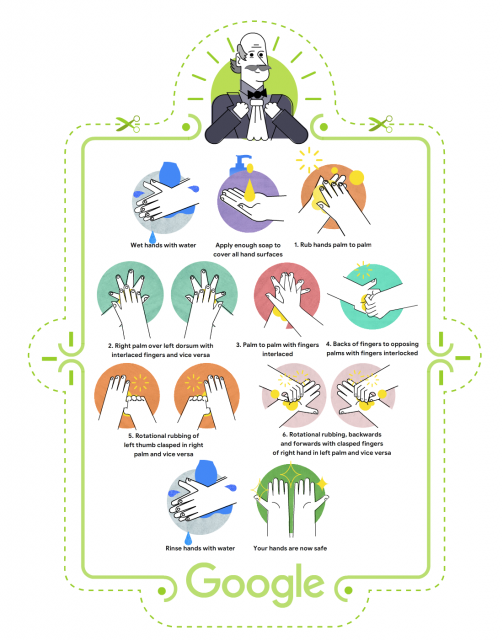 Google wrote in a blog:

“Today’s Doodle recognizes Hungarian physician Dr. Ignaz Semmelweis, widely attributed as the first person to discover the medical benefits of handwashing. On this day in 1847, Semmelweis was appointed Chief Resident in the maternity clinic of the Vienna General Hospital, where he deduced and demonstrated that requiring doctors to disinfect their hands vastly reduced the transmission of disease.”

According to Wikipedia “Ignaz Semmelweis was born on 1 July 1818 in Tabán, neighborhood of Buda, Hungary, today part of Budapest. He was the fifth child out of ten of the prosperous grocer family of József Semmelweis and Teréz Müller”.