Users have taken storm to the Twitter and other social sites to address their concern that their accounts are mistakenly logging down. Problems with sending and uploading email attachments and occasional issues with Meet, Friends, Keep and Voice services.

Google’s all apps struggle to access files, including adding attachments to both personal and G Suite gmail profiles throughout Gmail. In some cases just trying to compose a new email or fails to reply.

Google said Google services has been restored for “few” users around the world, and that it is provisionally expecting all customers to address the issues in the “near future.”

“At Google, reliability of the systems is a top priority. We are making steady improvements to improve our systems”, the company official stated.

Shortly after 12 a.m., a massive disruption of popular Google services resumed. Thursday, ET. According to DownDetector, people have reported issues from the USA, Europe and parts of Asia including India , Japan, Singapore and Australia. Gmail users said they were having trouble attaching files, and could not send and receive emails. Some also experienced difficulties signing in. 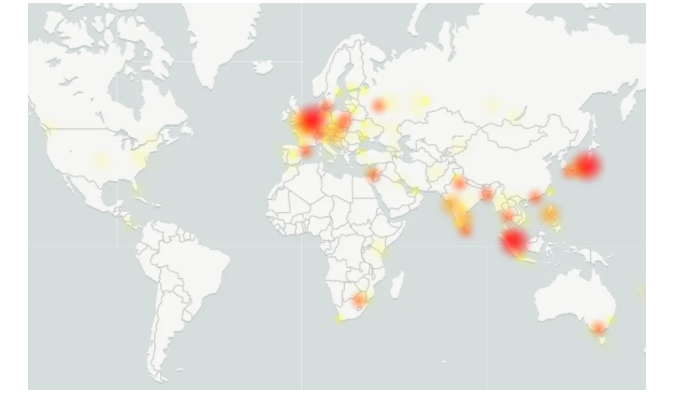 The DownDetector portal which works to track outages showed 62 percent of google services users have been facing attachment problems and 25 percent of log-ins reporting problems.

Yet not everyone was hit by the disruption, the cause of which has not yet been determined. Lots of users took to the Down Detector website to fix issues with Gmail and other services offered by Google.

Users could only send emails with no attachement and text in it, perhaps a blank email which looks weird if you are sending it your boss. I tried different accounts, different networks and different devices, Users have documented trouble loading ties and attachments in Gmail.