“Google” a name familiar to all users who use the internet today. The world’s largest search engine with it’s hooks in to our emails, social networking and the entire Web, just knows everything there is to know about us, and what we do on the internet.

Which is why the new terms of services caused some people to take notice, after going through lots and lots of lengthy text, the users were presented with one real issue that cause some actions to be taken. On Friday with the new terms the company said it would begin including recommendations that Google+ users make in advertisements. This new policy will kick off from 11th of November.

Called the ‘Endorsements’  these personalized ads will amount to ads with Google+ users and their profile pictures along side the Adsense ads. Google said that it will help users to decide the products best for them as their friends like those products and avoid those which their friends don’t like. 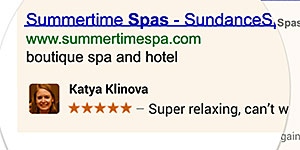 If you don’t want your name and profile picture appearing along side an ad you can always stop it by making some changing in the Google+ profile’s settings .