We all know that Google is continuously bringing changes to all its Apps turn by turn in order to provide an improved user experience. Google Voice App seems next in that row. Recently, the Google Voice For Android got updated. The latest update has brought the Google Material Theme Overhaul.

Google Voice App recently got updated. The latest update has brought a new look.  More whitespace has been added with this update. In addition to that, the top app bar has also been redesigned with a new search box. The new search box has now been unified for both messages as well as contacts. On the other hand, the bottom tab bar has got some redesigned icons now. The update shows the name under the active tab now. However, they were shown below the icons before this update. 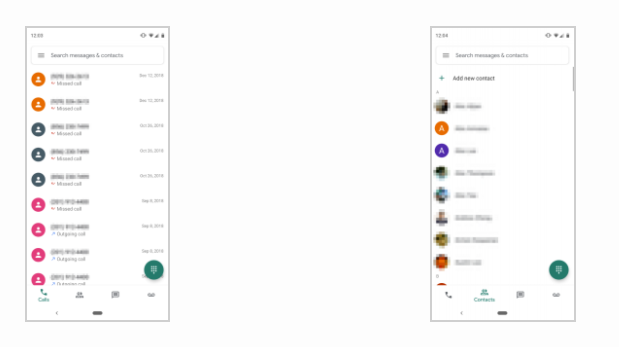 In the previous update, the Google Voice users were given the option of making and taking calls over Wi-Fi and mobile data. The company was testing Voice Over Internet Protocol feature for their Voice App for almost a year. Finally, the VoIP feature started rolling out to the Google Voice App with the rollout expected to be finished this week. We all know that Wi-Fi calling is perfect for those times when we are outside of our carrier’s coverage area. At that time, if we do have a good Wi-Fi connection, we can make important calls. In such cases, if we are able to make a call over Wi-Fi, it just sounds better.