Called CloudSeekho, the initiative by Google is aimed at helping students learn cloud skills at home at their own pace and prepare themselves with job-ready skills. Participants from 13 cities across the country ready to take on new job opportunities

The initiative consists of self-study online labs provided by Google’s QwikLabs platform for student developers in Pakistan where they are able to learn cloud skills and technologies on Google Cloud Platform.

Launched in June, the first season of the initiative saw more than 5,000 registered student developers from across Pakistan of which 350 completed the program after a total of 22,500 Developer Hours learned.

“These past six months have been a period of adjustment and recovery for Pakistanis, and we at Google are glad to be able to help folks get authoritative information around COVID-19, assist e-learning to continue with free tools and resources, and help upskill Pakistanis through our Grow with Google initiative,” said Farhan Qureshi, Country Head for South Asia, Google Asia Pacific. 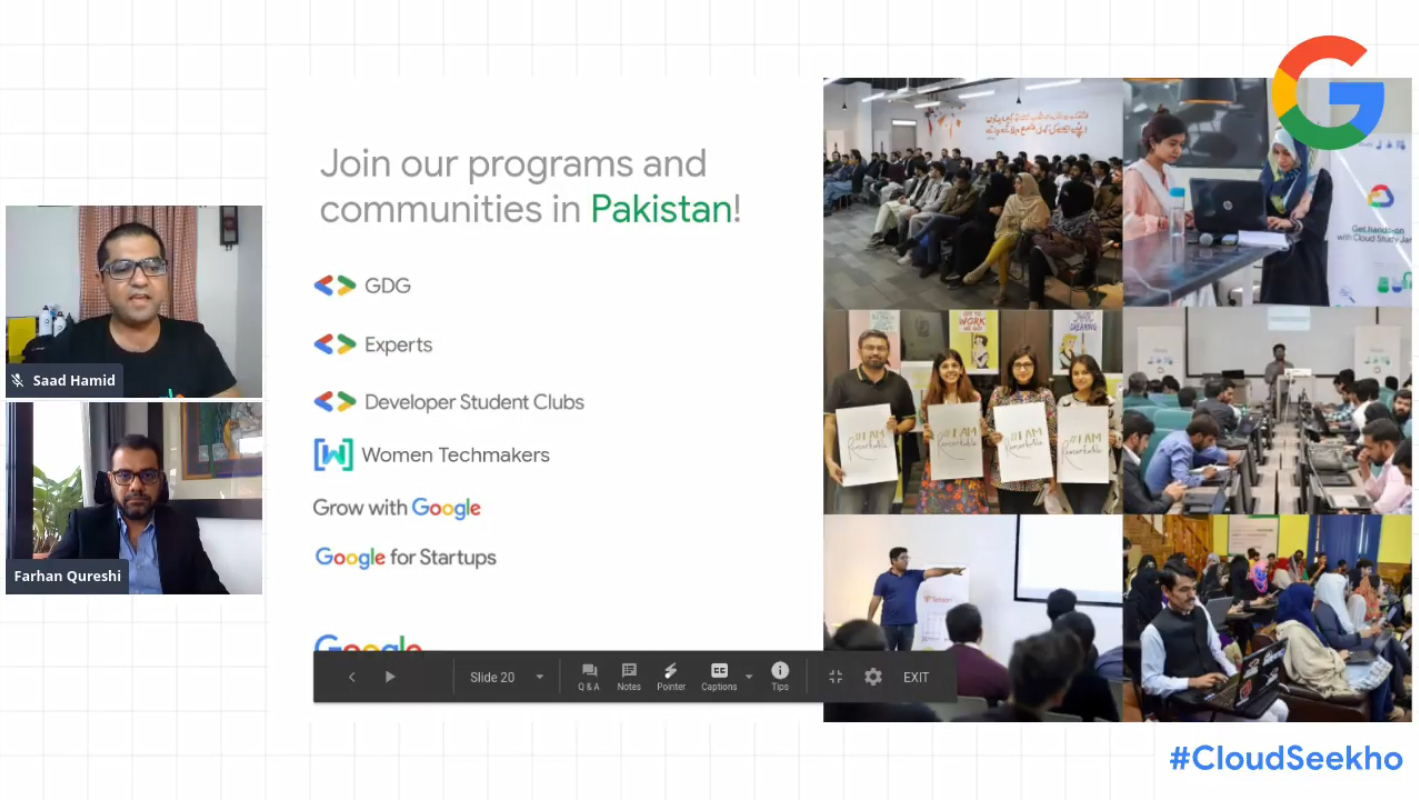 “CloudSeekho is the most recent example of how leaned-in we are to help with the country’s economic recovery and people’s skills development to cater to rising levels of digital sophistication,” he added.

The second season of CloudSeekho is set to launch in September. For more information regarding CloudSeekho visit https://events.withgoogle.com/cloudseekho/.

In addition to CloudSeekho, Google is supporting students in Pakistan through its Developer Student Clubs program through which 43 students leads have been chosen from across 13 cities to create technology learning clubs. University students join these clubs to build leadership skills, connect with experts, and to enhance their skills.

Google’s mission is to organize the world’s information and make it universally accessible and useful. Through products and platforms like Search, Maps, Gmail, Android, Google Play, Chrome, and YouTube, Google plays a meaningful role in the daily lives of billions of people and has become one of the most widely-known companies in the world. Google is a subsidiary of Alphabet Inc.