After the launch in many countries Google’s Live Traffic Feed is Finally Enabled in Pakistan. So now with this application you can avoid crowded roads. Google Traffic is a feature on Google Maps which displays traffic conditions in real-time on major roads and highways.

If you are unable to check out this feature, it might be turned off for your device. Here is how you can turn it on:

Google Traffic is available by selecting “Traffic” from a drop-down menu on Google Maps. A colored overlay appears on top of major roads and motorways, with green representing a normal speed of traffic, yellow representing slower traffic conditions, and red indicating the slowest speeds. Grey indicates there is no data available. 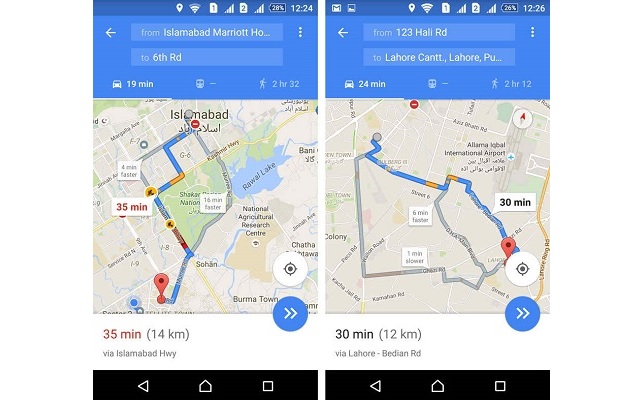 Users can use the “search” feature to display traffic in a particular area. For example, a user may type into the search box: “traffic near Islamabad”, to see traffic for that city on the map. Another feature uses historical data to show users the “typical traffic” for an area based on the time of day and day of the week. Google Traffic also displays “traffic incidents”, such as construction, accidents, and road closures. In addition, Google Traffic can be viewed while using Google Map’s “directions” feature.