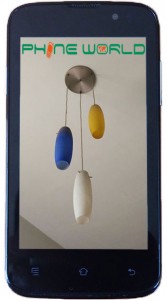 Haier Pursuit G20 Review is all about pros and cons, price, specifications and technical details of the device.

Haier Pursuit G20 is a 4 inch smartphone with an attractive price of 7999 PKR .  Below are few images of the phone from different angles.

Haier Pursuit G20 comes with Android’s KitKat Version 4.4.2. It is an affordable smartphone with all the major features which are required for any standard smartphone. With a dual core processor of 1.3 GHz speed, 512MB RAM and capacitive touch screen for up to two fingers at a time, it is device that runs all necessary applications smoothly. Here are few screen shots of the interface including menu, home screen, browser, SMS and dial pad.

We have tested Fast Racing game on Pursuit G20 which runs smoothly. There are few built-in games of Game Loft which come with the device and add an extra benefit for users who love to play games on their smartphones.