OPPO’s subsidiary Realme is not coming slow. The sub-brand is all set to wrap off two new handsets on May 15. Realme X & Realme X Lite will see the light in China soon. We had been getting a lot of rumors and leaks regarding both handsets for many days. Recently, the duo surfaced on TENAA unveiling all the specs and design details.

The Realme X surfaced on TENAA with model number RMX1901. On the other hand, Realme X Lite was spotted at TENAA with model number RMX1851. According to the latest reports, Realme X features a 6.5-inch FHD+ notchless display. It has a 3,680 mAh battery to keep the lights on. Furthermore, it comes with a 2.2 GHz octa-core processor paired with 4GB RAM. The handset has a dual camera (48MP+5MP) set up at the back together with a 16MP front snapper that will pop-up from the top. On the contrary, the Realme X Lite is a re-branded version of Realme 3 Pro that will ship with Snapdragon 710 SoC. 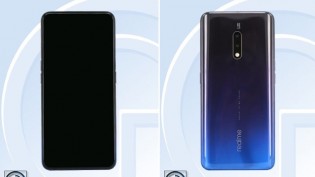 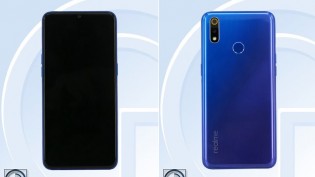 Let’s have a look at the specs sheet of the duo.

Both handsets will go official on May 15. Let’s see what comes next ahead of their launch. Stay tuned for updates.