Juho Sarvikas, HMD Global’s CPO recently stated on Twitter that the Nokia was the first company that was quite fast in moving to Android Oreo. The company is now all set to switch to Android 9 Pie. Furthermore, the rollout phase will be completed in even shorter time according to him. Together, with boasting, the CPO also revealed the company’s Android Pie update plans for the upcoming months. Let’s have a look at that. 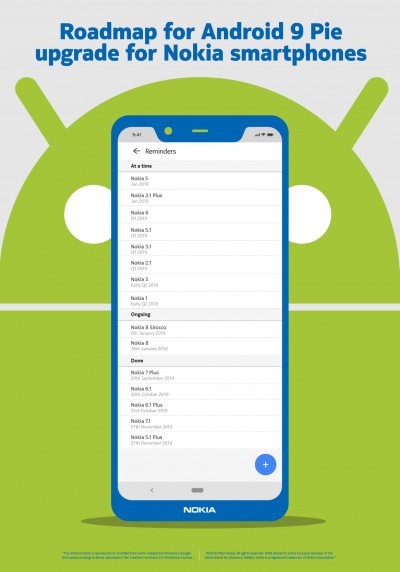 In addition to that, the company brought Android 9 Pie to Nokia 7.1, 6.1, 6, 7 Plus and Nokia 8 in the past few months. After that, Nokia 8 Sirocco Android Pie Update was released. After the update, all the Nokia 8 Sirocco users were able to use the Android Pie operating system. The Major Android 9 Pie update brings a range of new features including the adaptive battery, tweaked navigation, and improved notifications. The update also includes a revamped split-screen mode, redesigned Quick Settings, new emojis, and a number of other User Interface modifications. So, let’s see what new changes this update will bring to the Nokia Smartphones who will be getting the Pie update soon.