Motorola is all set to wrap off its first Exynos-powered smartphone dubbed as Motorola One Vision. There had been a lot of leaks and rumors about this upcoming smartphone for many months. Recently, the phone leaked in full glory just ahead of its launch event.

According to the official-looking media invite of the event, the first Exynos-powered smartphone by Motorola will see the light on May 15. The handset will come in two colors including a blue and a brown variant. Let’s have a look at both color options. 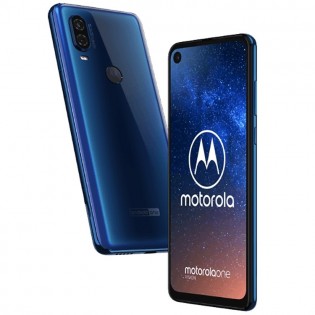 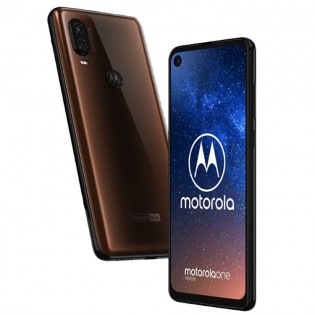 Motorola One Vision Will Be First Exynos-powered Handset By Company. According to the latest reports, the One Vision will sport a 6.3-inch 21:9 Full-HD+ punch-hole display. The device will be powered by Samsung’s Exynos 9610 SoC. In this way, it will become the first Exynos-powered phone by the company. In addition to that, the upcoming handset will run Android 9 Pie straight out-of-the-box. Furthermore, it will be an Android One phone that will come paired with up to 4GB RAM and 128GB of onboard storage.

In addition to that, the One Vision will come with a dual camera set up at the rear with the primary sensor of being a 48MP unit. It will have a  25MP snapper on the front for the selfies as well. Moreover, it will boast a massive 3,500 mAh battery to keep the lights on which will be charged through a USB-C port. It is expected to be a good phone all packed with some premium specs.

The upcoming handset will be launched as P40 in the Chinese Market. The handset will go official on May 15. Only three days are left in its launch. Let’s see what comes next ahead of its launch. Till then stay tuned for updates.