You need a Google assistance? Just say “Hey Google“. “Hey Google” will now Activate Google Assistant on Android Handsets.  Waking up Google’s voice search (assistant) with your voice has been released in 2013. At that time “OK Google” was the hot word but now that changed with the launch of Google Home. Google Home allows you wake up Google assistant with both  ” OK Google and Hey Google” command.

The OK Google command was reused to wake up the Google Assistant on Android when it was released last year. “OK Google” remained only option on Android until now. “Hey Google” command is now rolling out in the user’s Google app.

Few days ago this new hot word was introduced by XDA-Developers in an APK Teardown of one of the most recent updates to the Google App. In this ‘APK teardown,’ Google has decompiled the latest version of an application that was uploaded to the Play Store. When an app (or an APK, to be specific, in the case of Android apps) is decompiled, company is able to see various lines of code within that hint at possible future features.

Keep in mind that Google may or may not ever ship these features, and our interpretation of what they are may be imperfect. The hot word  “Hey Google” is not yet available on Galaxy S8 Plus or Pixel XL.

Support for the command of Hey Google is not universal yet. However users will receive the notification update when this feature is launched globally. Those who cant  want to grab this feature can also check the Google Play Store for an update to the Google app. Now you can use both ” Hey Google or OK Google” to summon Google assistant. 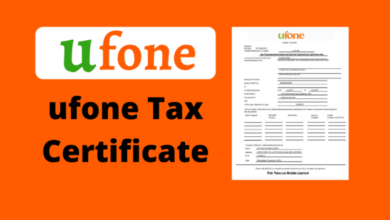 Ufone Tax Certificate: How to get it Online?