During his official visit he met Mr. Rizwan Majeed, CEO Advance Telecom at Karachi. In the meeting, a specially made cake highlighting Nokia’s upcoming android devices namely Nokia 6, Nokia 5, Nokia 3 and the legendary Nokia 3310 cake was cut to mark the comeback of Nokia in “Android” smartphones.

Also Read: 5 Things You Need to Know About the Modern Classic Nokia 3310

Mr. Per Ekman also surveyed the Karachi Mobile Market along with the officials from Advance Telecom. 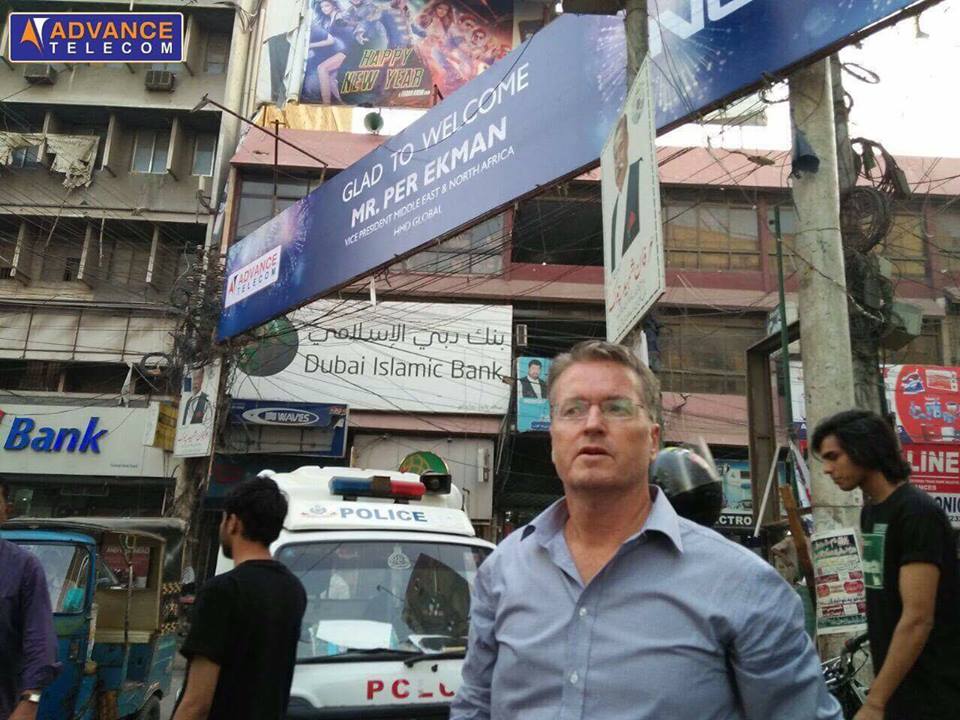 Advance Telecom is the official partner of Nokia in Pakistan, at HMD Global. With Nokia making its comeback it is believed that it will definitely act as a refreshing tonic for consumers, especially for those who have been suffering from iPhone fatigue and explosion fears surrounding Samsung phones.