Huawei’s subsidiary, Honor revealed Honor 10 back in April. Now the company is all set to launch its Lite version. Honor revealed the launch date of Honor 10 Lite which is November 21st.  According to the previous reports, the phone appeared on Huawei’s official store revealing some of its specs. Recently, Honor 10 Lite Images surfaced on certification website TENAA.

The company has not revealed any specs of the phone yet. However, we don’t have to wait too long as the phone will go official on Nov 21.  In addition to that, the images spotted at TENAA show us the design details of the phone. According to the images, the phone looks quite similar to its predecessor. Let’s have a look at the images. 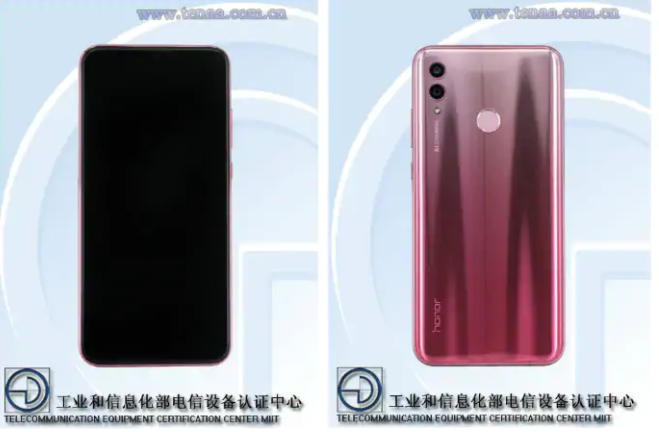 Furthermore, according to some previous reports, Honor 10 Lite will feature a 5.84” LCD with a full HD resolution.  Moreover, it will have a screen to body ratio of 19:9. The new device will have Kirin 710 chipset and GPU Turbo pre-installed.  There is a mention of a 24-megapixel camera. However,  it is still uncertain whether this is related to the front camera or the rear one. The Honor 10 Lite Cameras are also expected to support AI Technology.

In addition to that, the images also revealed the color options of the upcoming handset. The Honor 10 Lite color options include a regular Black color and a gradient option as well. Furthermore, a limited edition Supreme Honor 10 Lite in partnership with the popular clothing brand is also expected to be released. A few days back, a press render was spotted showing the letters “Sup” on the back over a red gradient design. So, Honor may launch a limited edition as well. The Honor 10 Lite Launch Date is set to be Nov 21. Let’s see what comes next ahead of its launch.