We all know that Honor 20 Series had been in the pipeline of rumors for the past few months. There had been a lot of leaks swirling around us regarding the upcoming series. Recently, Honor 20 Specs and renders got leaked revealing the details about the upcoming handset.

Today, WinFuture.de has shared some of the key specs and renders of the handset. According to the latest reports, Honor 20 will come with a 6.26-inch IPS LCD display with a punch-hole at its top-left corner. Moreover, it will offer a pixel density of 412 ppi. The small hole on the display of the handset will feature a 32-megapixel selfie snapper with f/2.0 aperture In addition to that, the Kirin 980 SoC along with 6 GB of RAM will be fueling the smartphone.

Moreover, it will come packed with a 3,750mAh battery that will be equipped with SuperCharge rapid charging technology. According to the latest reports, it is expected to fill the battery of the smartphone to 50 percent capacity by charging it for only 30 minutes. The handset will run Magic UI 2.1 based Android 9 Pie OS straight out of the box. Furthermore, it will come with a native storage of 128 GB. 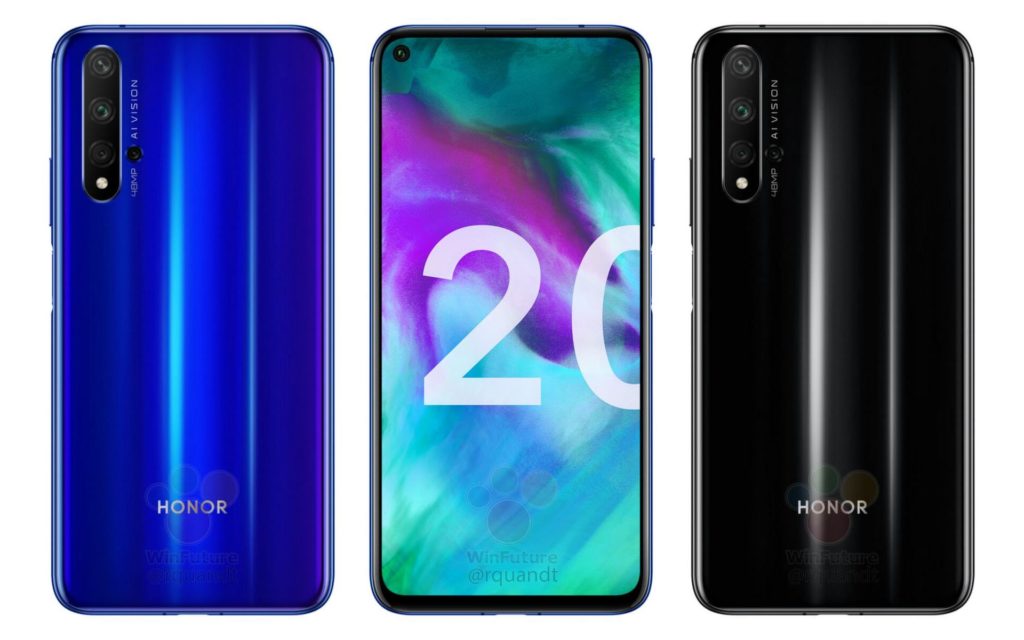 The Honor 20 color options include Sapphire Blue and Midnight Black. The other features of the Honor 20 include dual-SIM support, 4G VoLTE, Bluetooth, USB-C and Virtual 9.1 Surround Sound. The handset together with 20 Pro will see the light on May 21. Let’s see what comes next ahead of the launch.