The Honor 7 family is growing, as shortly Honor 7A will be roll out by the company. According to new Honor 7A leaks, the phone will have a 5.7-inch display with a 1,440 x 720 resolution and 18:9 aspect ratio. The camera section has 8MP front camera with LED flash, while a dual 13MP and 2MP camera will be fixed at back.

The leak report has revealed that the Honor 7A will reportedly feature a Snapdragon 430 chipset, 3GB of RAM, 32GB of native storage, and a 3,000mAh battery. However, it is still not clear that if the phone will support microSD cards, though it seems to feature a micro USB port for charging and syncing. 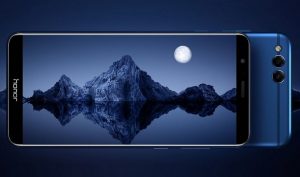 The leaked image shows, the Honor 7A will not have a fingerprint sensor. There is facial recognition for authentication, along with the usual array of pattern, pin, and swipe methods.

The company has reportedly sent out invites for an event to be held on April 2 where it will officially announce the handset Honor 7A. The price will be 1,499 yuan via China Telecom. In dollars the prices will be $239.

Read Next: Here is the Price List of Honor Devices – INOVI Technologies