Huawei’s Subsidiary, Honor is not coming slow. The company is all set to introduce a few new handsets to the market all packed with some good features. Honor has recently launched the 8A Pro handset and soon after that Honor 8S surfaced online. We have got our hands on its images and key specs as well.

Here Are The Specs & Images Of Honor 8S

According to the recent reports, the upcoming handset, Honor 8S will feature a 5.71-inch waterdrop notch display. The handset will come with a resolution of 1520 x 720 pixels. Moreover, it is quite clear from the images of the smartphone that the screen will be surrounded by tiny bezels. Furthermore, it will have a comparatively thicker chin. The back of the Honor 8S has a dual finish which will contain a 13MP camera. In addition to that, there will be a 5MP camera on the front for selfies and video calls. Let’s have a look at the image. 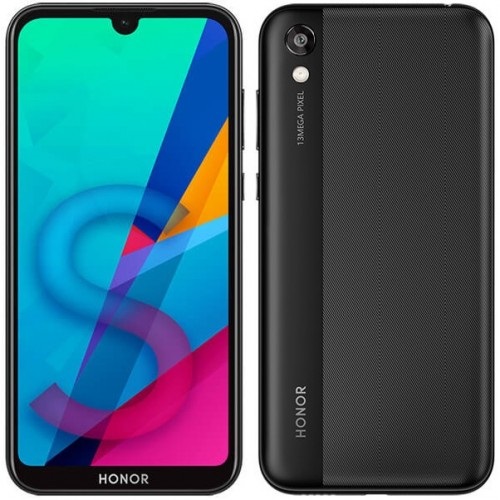 In addition to that, the upcoming phone will come with Helio A22 SoC which is coupled with 2GB RAM. It will boast 32GB of internal storage. However, some sources claim that there will be another variant for Western Europe which will have 64GB storage and an additional gig of RAM. The Honor 8S will be 8.45 mm thick and will run to Android Pie-based EMUI 9 straight out of the box. The smartphone is expected to come in at least three colors. It will have a 3,020 mAh battery under the hood to keep the lights on, which will charge through a micro USB port.

There had been no words about the pricing and availability of the Honor 8S. We will share it with you people when we will get to know more about the handset. Till then stay tuned for updates.