The second largest smartphone maker, Huawei is surprising people by launching new devices with marvellous features and some budget-friendly phones as well. All the device are too good and provide great value for money and quality. Huawei is one of those brands who has always assured Android updates on time for all of its devices.  Keeping the tradition alive, Android 9 pie update for Honor 8X is now available to users in Pakistan.

Finally, Honor 8X Pie Update has Rolled out in Pakistan

It was long in rumours and GSMA Arena had also confirmed it that Honor 8X will be getting Android 9.0 Pie Update in company’s own Android skin  EMUI 9.0, which was previously available for China only.  Honour 8X users are very happy as Android Pie has come with marvellous features including Adaptive Battery feature, Dark Mode, App Actions and App Timer. Adaptive Brightness and Accessibility Menu are also some new features that Hono 8x users in Pakistan will be able to enjoy in Android pie update. Moreover, the  Android Pie update makes the phone’s OS more efficient with artificial intelligence. 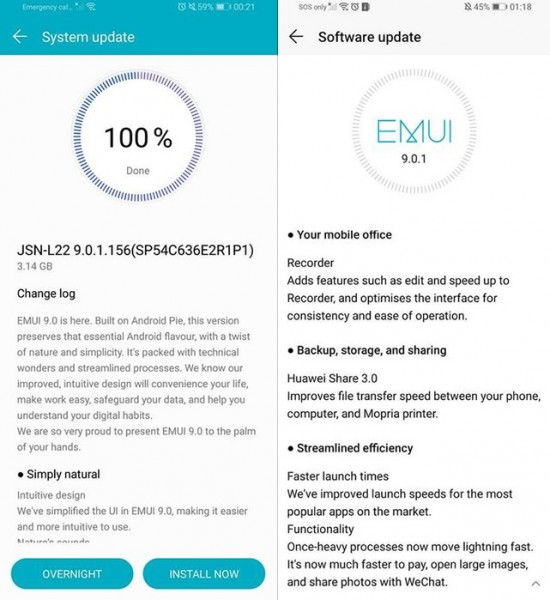 The people who still had not bought the device can now purchase it at subsidized rates as Honor Pakistan Cuts off the Price of Honor 8X.

The device comes with amazing looks and specs. The large display of Honor 8X allows you to enjoy the videos and gives you clear visibility. The handset has a 6.5 inch widened display & a massive 91% screen to body ratio. A Large display gives you a good viewing experience. It has a glossy textured glass back finish with its dazzling light reflecting properties. Metal trim and notched display make the device eye catchy and attractive.

The handset comes with a new Kirin 710 processor with AI Chipset equipped with GPU Turbo Technology. When we look into the internal storage, the device is backed by 4GB of RAM and 128GB of ROM. Honor 8X is a mid-range smartphone but it gives excellent performance, and that is just because of octa-core Kirin 710 chipset. However, the device came with Mali-G51 MP4 GPU, which is not a high-performance gaming class component.