As we all know, Huawei is planning to launch 8X very soon. However, it was all rumors that we have been listening for some days. Now the company officially reveals the Honor 8X teaser which indicates that the phone will launch soon. 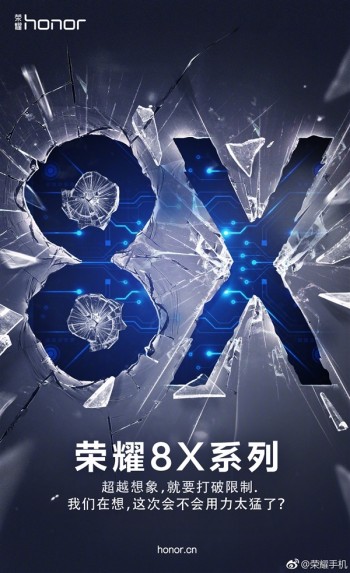 Recently, the ARE-AL00, which is reported as either 8X or 8S, arrived at TENAA. The photos revealed on TENAA shows the Huawei Honor 8X V-Shaped Notch. Most likely the Honor 8X will have a 7.12” screen and notched Full HD+ resolution.

The specs of the phone are not clear yet. But we will update you when we will get more information about the device.