Honor has unveiled a new version of Honor 10 GT with 8 GB of RAM and recently announced GPU Turbo tech update. The software update is currently in Beta, but it will be updated before July 15, 2018. The new model,  Honor 10 GT will begin shipping on July 24, 2018 in China and will launch globally soon.

The features of Honor 10 GT are as follows:

GPU turbo Update is based on the same graphics processing acceleration tech that powered the Honor Play. While talking about this update, Honor said that the update will offer smoother performance, better frame rates, and increased battery efficiency while playing graphically-intensive games. The betterment in its performance is achieved by increasing graphics efficiency by 60 percent and reducing system-on-chip energy usage by 30 percent. 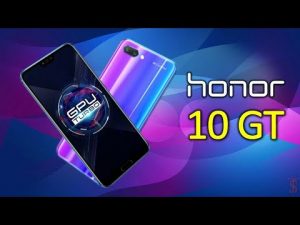 It’s release is yet another sign that the phones that are built and marketed to the gamers are on the rise. Unfortunately, there’s no word on pricing or availability outside of China, though we should hear more about it once the phone launches later this month.