Honor unveiled its first concept phone Honor Magic back in 2016. We all know that Huawei’s subsidiary Honor is now working to expand the Magic Series. Even though, Honor Magic 2 launch date is also set to be October 31st. There had been a lot of rumors and leaks about the upcoming handset. Recently, official images of the phone showed up. Honor Magic 2 Official Photos shows the Slide-out camera and the gradient colored backs.

Only a few days are left in the launch event of Honor Magic 2. The company has recently shared its Official photos ahead of its launch. The Official Photos clearly shows the Slide Out Camera of the upcoming phone together with the gradient colored backs. Let’s have a look at the official photos. 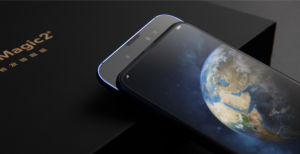 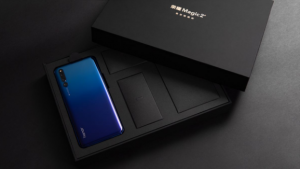 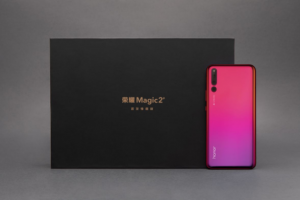 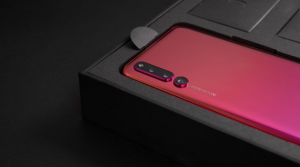 The upcoming smartphone will be an all-screen phone with a unique bezel-less design. Moreover, it is not a first all screen phone ever. So, it is expected that the company will certainly add more interesting features to make their upcoming handset, Honor Magic 2 a unique phone as that of its predecessor.
The upcoming smartphone will be quite similar to the Huawei P20-Pro. It will have the same vertical camera setup at the rear. It will also make use of three cameras. However, it looks like that Honor has reduced the gaps between the sensors. The Honor Magic 2 Camera will pop up in a doohickey from behind. In addition to that, the upcoming phone will be powered by Huawei’s 7nm Kirin 980.  It will sport greatly-enhanced artificial intelligence chops with Huawei’s new NPU (neural processing unit) co-processor.

We still don’t know much about the upcoming phone. There are no words about its pricing yet. The phone will see the light in Beijing, China on October 31. Let’s see what comes next ahead of its launch.
Laiba MohsinLast Updated: Oct 24, 2018
Share
Facebook Twitter Pinterest