Honor is expanding its wearable family and the new member that will join the family is Band 6. The company made this announcement on Weibo officially. The upcoming band will be featuring a big screen and will be officially launched on Tuesday, November 3.

The company confirms in the Weibo post that the Band 6 will mark a new era of full-screen wearables and “this time it will be different”. This new band is the successor of Honor Band 5. The predecessor covered all the bases for an affordable device – stylish, unobtrusive, basic fitness tracking.

Honor Releases the Teaser of Band 6 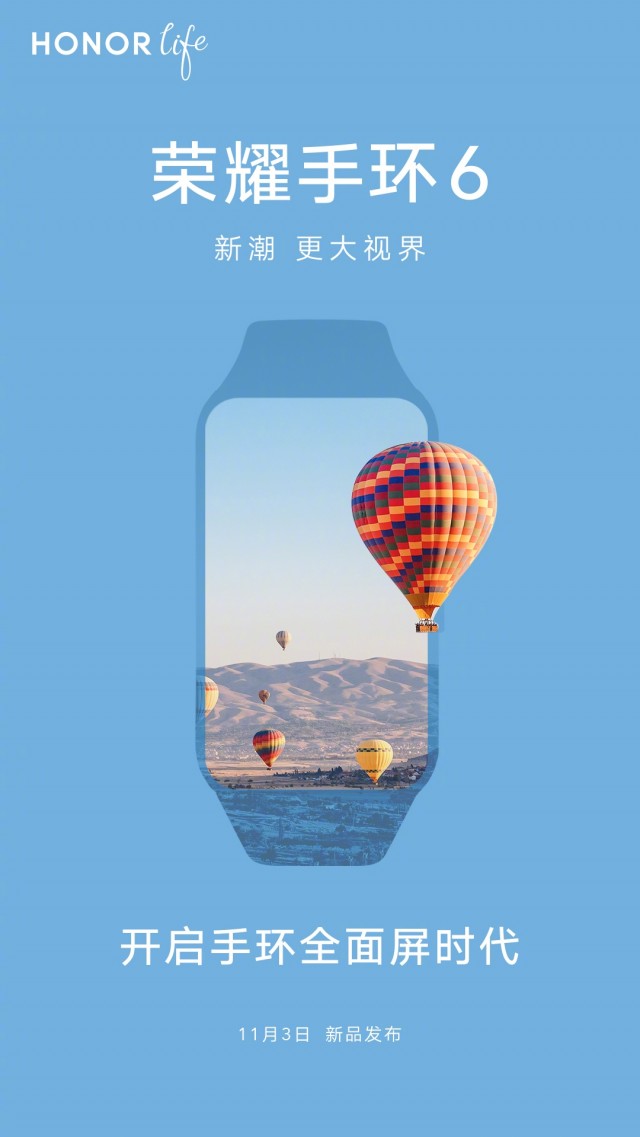 So, in the band, we can expect the same key features in the new wearable. There will also be an OLED screen with a bigger diagonal that goes over the 1” threshold, and hopefully, a bigger battery to go with it.

According to a tip coming Weibo tipster, “Digital King suggests that Honor Band 6 will be released soon and will be the first to feature a full-screen display. Meanwhile, more information on its feature is yet to come.”

The Honor may launch this new band alongside the Honor V40 series. Well, there is no official confirmation yet. Recently, Honor has launched the two new smartwatches named as Watch GS Pro and Watch ES.