Honor has launched the View 40 in China last month as its first device after it has separated from Huawei. Now it seems like, the company is soon going to bring it to the global market. The phone was just certified at the Eurasian Economic Commission, meaning it is inching closer to a global launch. More interestingly, four other phones appeared at the EEC.

Honor View 40 with Four Other Honor Phones Certified By EEC 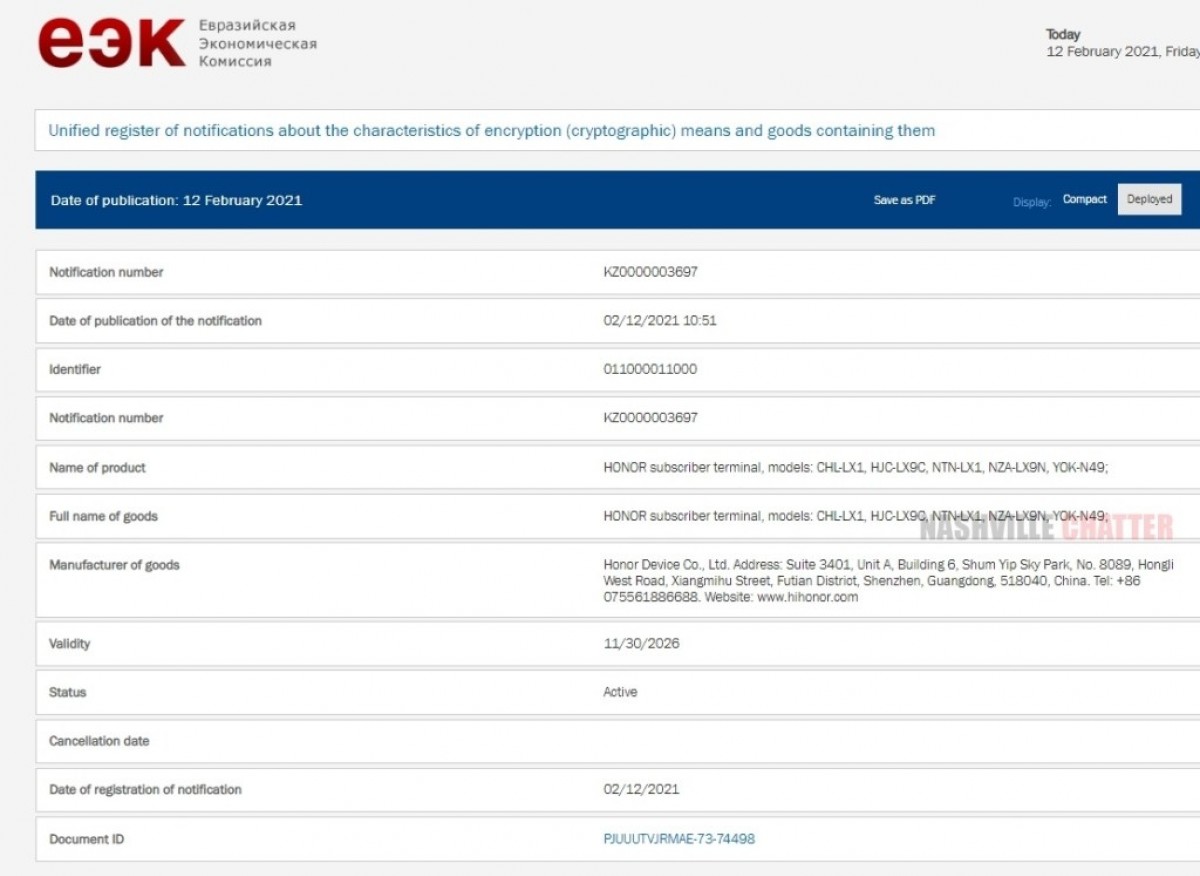 Some reports claim that one of these could be nova 8 SE but with a Dimensity 800U chipset. Whereas, the other phone does not have a name but will bring a basic 6.6” HD+ screen and triple cameras on the back.

The listing also includes two phones with the model number CHL-LX1 and NTN-LX1. These are entirely new handsets that will arrive very soon. There are zero specs known about these phones, but we hope we’ll learn more in time.