There had been a lot of rumors and leaks regarding Honor’s upcoming highly anticipated series. Honor X40 Series will go official on Sep 15 according to the teaser poster shared by the company.

The company has recently confirmed through a teaser poster that the Honor X40 series smartphones will make their way to the Chinese market on the 15th of September. Let’s have a look at the teaser poster: It is quite obvious from the above poster that it shows a shallow sea in the sunset, with a transparent ring floating in the air. It is suggesting that the upcoming smartphones will adopt a star ring design on the rear lens to make it look more textured. In addition to that, the teaser poster shared by the company has a slogan that states “New Leap Level Benchmark,” indicating promising and powerful specifications for the upcoming devices.

Honor CMO Jiang Hairong has further revealed that now there are more than 100 million users of the company’s X-series smartphones globally. So, the company would soon launch a nine-year milestone smartphone for the Honor X series.

According to the previous reports, the Honor X40 smartphones will come with an OLED panel that is tipped to be manufactured by BOE. In addition to that, the lineup will reportedly have Honor X40 Max, which is expected to come with 40W fast charging support as well. The upcoming X40 will adopt a high-frequency dimming OLED flexible curved screen together with a peak brightness of 800 nits and will support a 100% P3 color gamut. There had been no official words regarding the series yet. So, let’s wait and watch what Honor offers in its upcoming series. Stay tuned!! 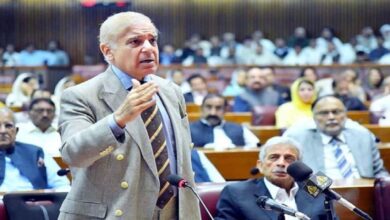