With the launch of iOS 11, Apple released a new default image and video format called HEIC and HEVC respectively. The reason behind the change is obvious, as discussed in our previous article. When someone needs to send photos on iPhone as a document then it is sent in HEIC format. Therefore, if you are using iOS 11 or later software, then you may have seen that photos taken with your iPhone camera are saved as HEIC or HEIF files rather than the earlier format, JPG. The primary reason behind this change is to offer better compression for the photos while still maintaining the photo quality.  However, the issue with HEIC is that it’s not compatible with the majority of other apps & devices, and the user won’t be able to open a HEIC photo on his/her PC. So we are going to present a guide that will allow you to save photos as JPEG Instead of HEIC on the iPhone

In addition to that, we are also going to tell you how you can convert a HEIC to a JPG or even how to stop taking photos in HEIC format entirely. As JPEG has been around for a very long period of time and is compatible with a and array of software and hardware devices.

As clearly depicted in the aforementioned image, Apple has provided the reason behind using the HEIC format. Furthermore, it also mentioned a way through which you can change your settings to JPEG format along with the information regarding cinematic videos or HEVC format.

What is the HEIC format, and is it better than JPEG Format?

HEIF stands for High-Efficiency Image File format. This format makes your images smaller or compressed in terms of memory space while maintaining high quality. The HEIC format is better than JPG for a number of reasons primarily because of its ability to compress pictures into a small file size and also retains the image quality.

How to Save Photos as JPEG Instead of HEIC on the iPhone?

How to transfer photos to PC in JPEG format from iPhone?

Follow the below-mentioned steps to transfer photos to PC in JPEG format:

After following the steps, your iPhone will transfer photos to any other device in a compatible format.

Why HEIC is a better format as compared to its rivals?

Till now, we have provided information on how to switch your iPhone camera settings and existing photos from HEIC to JPEG basically due to compatibility issues. However, HEIC and HEVC are much better formats as compared to JPEG unless you have compatibility issues as the former are the high-efficiency formats. The HEIC format offers better compression without compromising on the image quality when compared to JPEG and H264. In addition to that, they have also become pretty important for adjusting the increasingly higher resolution and bit rates of our media, like the 4K video.

How to convert HEIC to JPG or PNG using Photos App on the Macbook?

One another convenient technique to convert your photos from HEIC to JPEG or PNG is with your Macbook’s Photos app.

Follow the below-mentioned steps to convert HEIC to JPG or PNG using Photos App on Macbook.

How to convert HEIC file to JPG or PNG using Preview on Macbook?

Another easy way to convert a HEIC photo to a JPG on Mac is to by using the Preview app:

What software can open HEIC on Windows?

The tech giant Microsoft has released a software called HEIF Image Extensions, which will enable you to view and HEIC files. As you install it on your PC, you will be able to see HEIC photos just like any other photo format. One thing you must keep in mind is that the codec is only available on Windows 10 and above operating system.

Other Applications that can be used to open HEIC file format on Windows:

The aforementioned guide is made after hours of research work. If you like our article or have any queries regarding it, do mention them in the comment section.

Check out? How to Turn WhatsApp Disappearing Messages on or off? 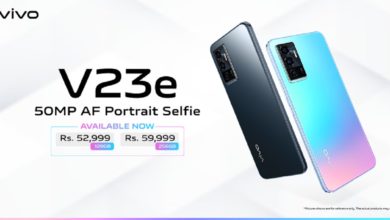