Do you want to take a Screenshot on Laptop, Mac? It’s super easy and convenient. Screenshot! This very word has changed and eased the life of millions of people out there. It would help if you took screenshots on the laptop to have access to your work, likely before its final forms.

Regardless of whether it’s a Windows laptop/PC or a Mac, you can catch stills of practically everything on the screen and save them as JPG or PNG documents for some time. Be that as it may, the means for taking screenshots on PCs differ as per the software.

The two Windows and macOS workstations accompany their arrangement of ways or orders to take a screenshot, and in case you’re not knowledgeable with them, it very well may be marginally testing. Don’t worry! We have you covered! The following are mostly the means inclined to take a screen capture on Windows 7 to Windows 10 and mac. The standards are basic and straightforward to become acclimated to. Hence How to take a Screenshot on Laptop, Mac or PC? and the steps to answer this very question are given below:

Read Also> How to Recover Deleted Text Messages on Android?

How to take a Screenshot on a Laptop Windows:

Taking screenshots on the laptop is not as difficult as it seems or sounds. It’s easy and we have ways to make this easy for you. Given below are the ways to take a screenshot on Window 7 Window 8, Window 9 and Window 10. Let’s go:

How to take a Screenshot on a Laptop Window 7:

Taking a screenshot on Window 7 was never easy until now. We have ways to make things easy for you. Just follow the steps given below and you will get the desired results:

To capture the PC’s whole screen, you may push on the “PrtScr (Print Screen)” key. What’s more, press the “Alt + PrtSc” keys to screenshot a functioning window. Continuously remember that pressing these keys doesn’t offer you any hint that a screenshot is taken.

You need to utilize another program to save it as an image file. Take Paint, for instance. Open Paint, and press “Ctrl + V” to paste the screenshot on the transparent board, and click the save button to store the screen capture on your PC. 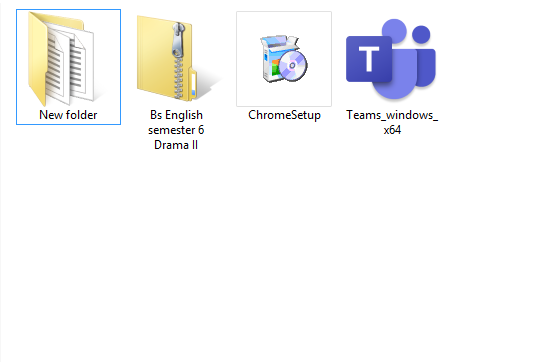 There is a free online instrument called Free Online Screenshot. This tool is simple and allowed to use. It lets clients have an excellent screen capture of anything on the screen of the PC. Furthermore, it has altering alternatives which permit clients to upgrade the screen captures taken. Not just that, this tool likewise enables clients to share the screen capture assumed control over web-based media destinations right away. To utilize this device, follow the means beneath: 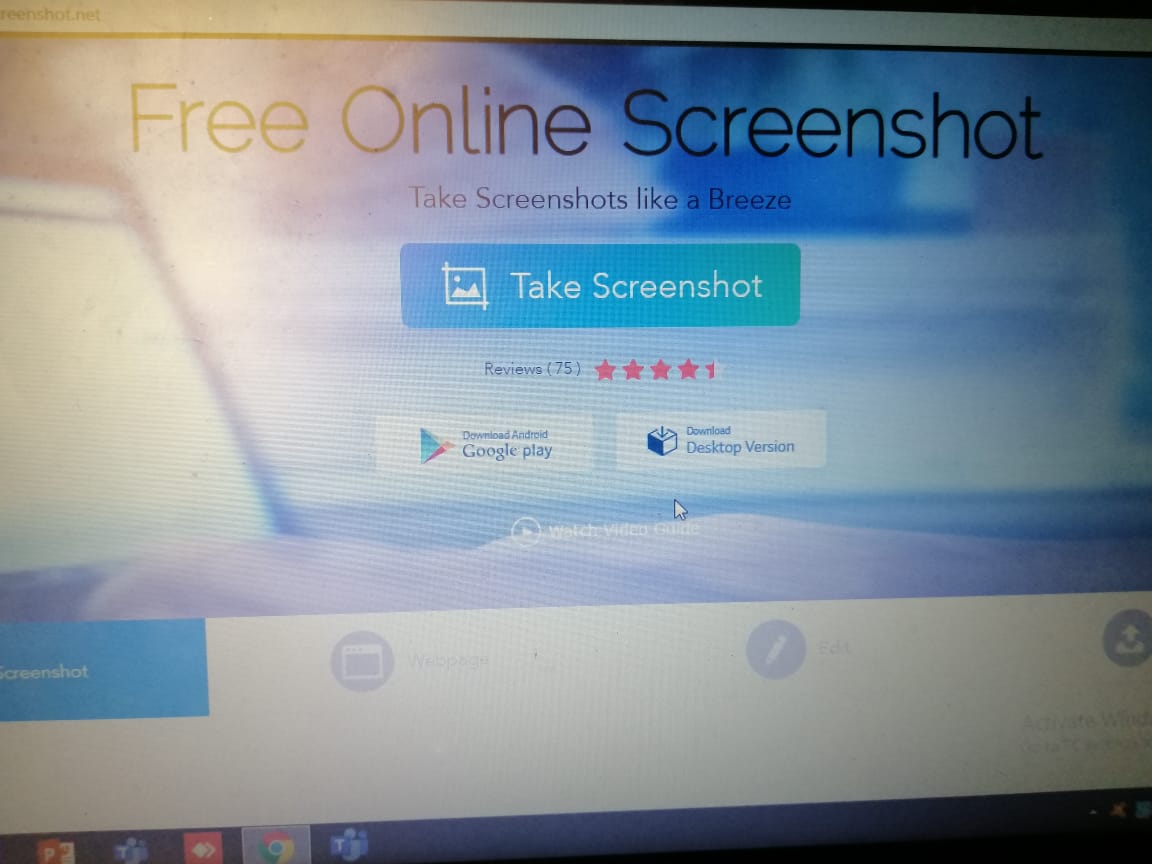 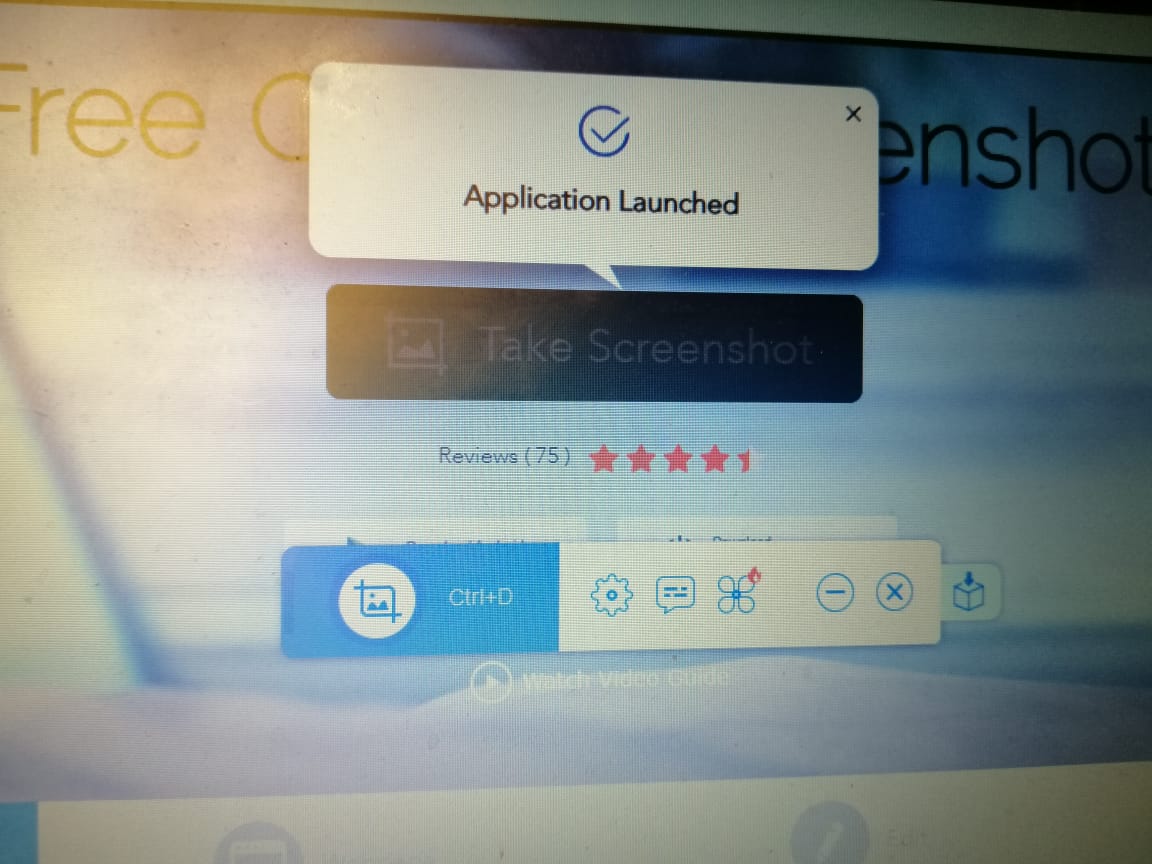 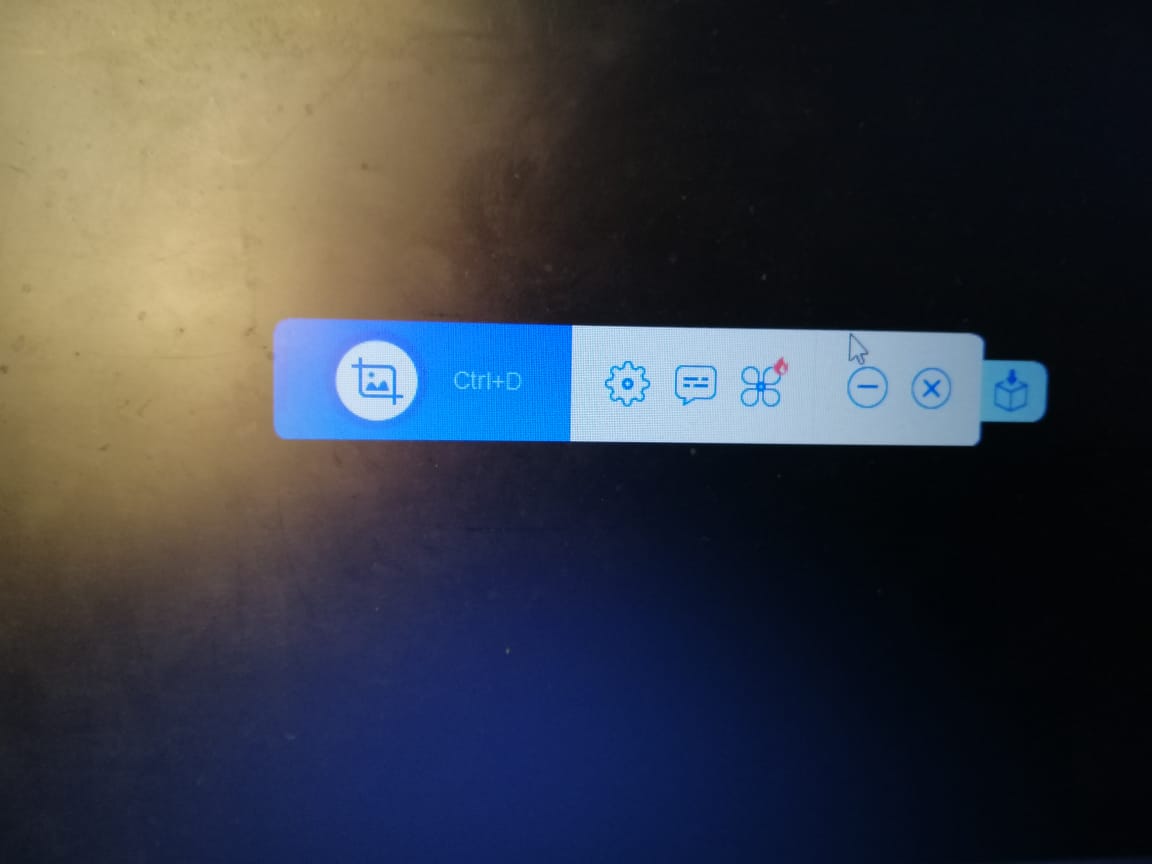 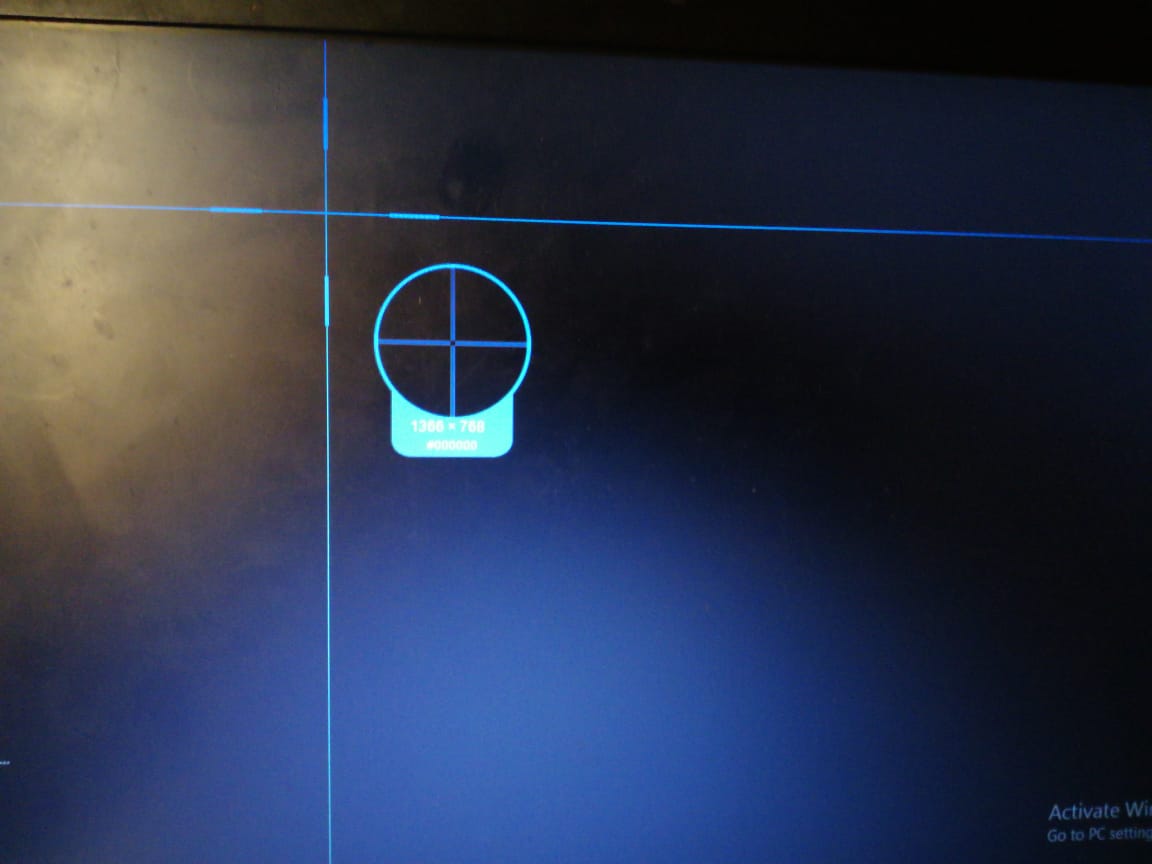 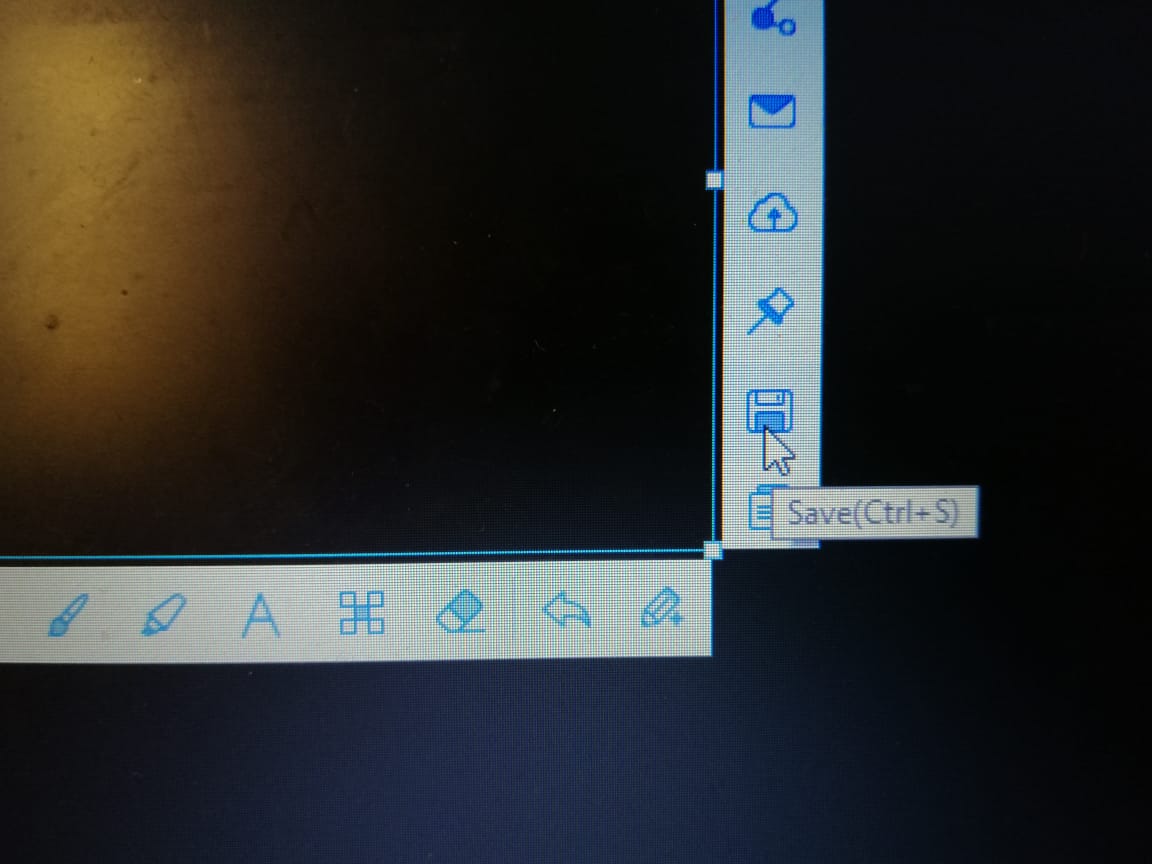 How to take a Screenshot on a Laptop Window 8:

Windows 8.1 has improved the Charms idea from Windows 8, and they can likewise be used to take and share the screenshot captures. This guide shares how they work: Introducing Windows 8.1: How to Share Screenshots from Any App. 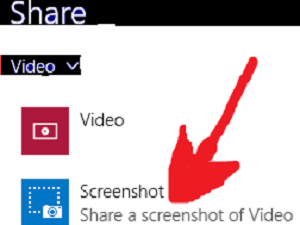 On the off chance that you might want to study the Charms, read this guide: Introducing Windows 8.1: What are the Charms and How to Use them.

How to take a Screenshot on a Laptop Window 10:

The easiest ways to take a screenshot is through the following methods:

1. Start the Snipping Tool from the Start menu.

2. In the “Mode” drop-down, pick the sort of screen capture shape you need – you can pick anything from full screen to rectangular to a freestyle shape.

3. Snap New, and your screen will freeze. You would then be able to utilize the mouse to make the screen capture. The screen capture will at that point show up in the Snipping Tool window.

4. In the event that you need to incorporate something like a tooltip, which just shows up after a mouse development, you can determine what amount of time to stand by prior to requiring the screen capture utilizing the Delay menu.

5. In the event that you need to, whenever you’ve taken your screen capture, you can utilize the attracting instruments to comment on the screen capture.

6. At the point when you’re not kidding, “Document” and afterwards click “Save As” to save the finished screen capture to your PC.

7. You can likewise tap the duplicate catch in the Snipping Tool window – it would appear that two pages laid more than each other – to duplicate the picture to your clipboard.

In Windows 10, Microsoft has presented the Game Bar that can be used when messing around of different types. 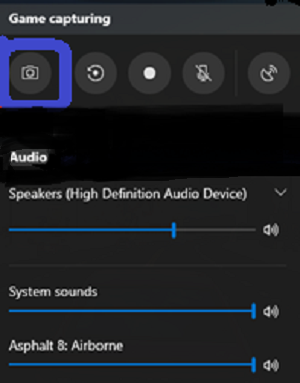 Something you can do with this Game Bar is taking screen captures of the dynamic game window. While playing a game, press the keys Windows + Alt + PrtScn, and screen capture is consequently made and put away on your Windows 10 PC or gadget. You can likewise raise the Game Bar by squeezing Windows + G, and afterwards, snap or tap the “Take screen capture” button featured underneath.

Taking screenshots on macOS and PCs

The macOS additionally has many choices for you to take a screenshot, and every one has its advantages. Follow the instruction below very precisely and do comment below which one you liked the most.

It’s the simplest method to take a screen capture on macOS workstations/PCs. Essentially, press these three keys together, and it’ll take a screenshot of the entire screen.

This is a somewhat progressed order that allows you to capture a particular segment of the screen. It’ll transform your cursor into a crosshair, which you select and drag anyplace around the screen to take a screenshot.

Moreover, you can press and release the space bar, transforming the crosshair into a little camera symbol. Drift the emblem over the window you need to catch so it features, and afterwards click on it or press enter.

Press and hold the space bar with this order to secure in the shape and size of the chose territory and reposition it anyplace on the screen. This is helpful if the first chose region is somewhat off.

Ultimately, you can hold the ‘Move’ key after hauling to feature an area, yet before delivering the mouse button, bolt each side of the chose region while keeping up or down to situate the base edge free.

This choice essentially gives you a free-hand over the screen capture.

When the order is summoned, you see a container on the screen, which you can change as indicated by your preferred, and a lot of different alternatives.

You can press ‘enter’ to take a screen capture of the chose zone or select the ‘Catch chosen parcel’ choice from the little board underneath.

The board additionally includes ‘Capture Entire Screen‘ and ‘Capture Selected Window’ buttons, alongside two video-recording catches that let you record your whole screen or a choice of it and an ‘Alternative’ catch to choose the drive you need to save screenshots, set clock, in addition to other things.

On the left is an ‘X’ button to close the screenshot board, which should be possible with the Escape key.

This alternative is just accessible for the MacBook rendition with Touch Bar as it allows you to take a screenshot of the Touch Bar.

All the screenshots taken on macOS workstations will be put away in a work area (default). Be that as it may, you can change the area to whichever drive/organizer you like. To do as such, press Command-Shift-5 – > go to Options – > and select save area. With this, all your future screenshots will be saved to the organizer or drive.

Hope the above methods help you in taking a screenshot on the laptop and macOS. These shortcut for screenshot will help you. Not only that the shortcut for mac screenshot and screen capture for Pc is also illustrated above for your aid. Do comment below if you liked the above steps. 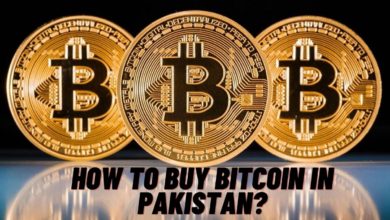 How to Buy Bitcoin in Pakistan? Step by Step Guide 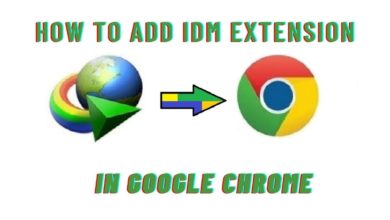 How to Add IDM Extension in Google Chrome? 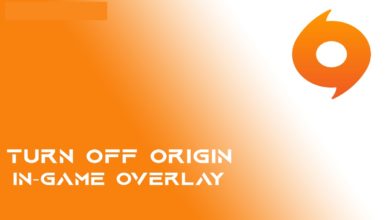 How to Turn Off Origin In Game Overlay? 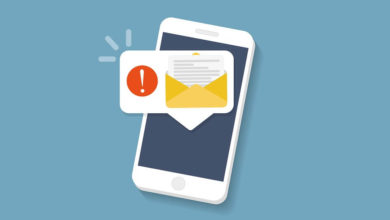