Sometimes you want to watch a video on YouTube but don’t want it to be saved in your history. For such instances, you need to switch to YouTube’s Incognito mode that allows you to watch sneaky videos without leaving a trace of it on your mobiles. YouTube Incognito Mode is currently available on Android.

Right now the video streaming App has not given any timeline that when an incognito feature of YouTube will land to iOS. No Doubt, YouTube Incognito feature will hide everything you watch on YouTube from showing up in history, but your school or job will still be able to see what are you doing, depending on the methods they use to keep track upon you. 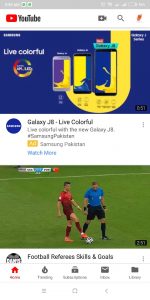 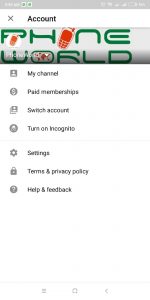 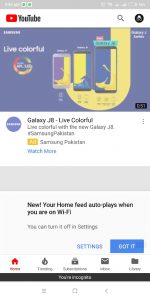 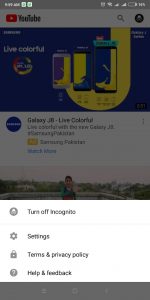 How to Cross check that YouTube Incognito Mode is Activate:

To check whether Incognito Mode in YouTube is enabled or not, check the avatar icon which will be replaced by a Black Incognito symbol. You Would be able to see a Black bar at the bottom with a message ‘You’re incognito’.

When you have switched to incognito, you can browse and watch any video you want and the app will no longer save it in your search history.

If you don’t see the incognito option in your app, get the latest version of YouTube installed on your phone.