HP provided various laptops focused on performance and productivity, in particular the HP Spectre Series, aimed at regular office users, and designers. With its every model upgrade, HP aims to provide uncompromising efficiency in order to boost daily user productivity.

The new HP Spectre x360 14 was implemented by the company, which follows the Intel Evo platform requirements, a significant update. HP introduces new laptops with the 11th generation processor of Intel, ranging from Intel Core i3 to Intel Core i7.

The latest 11th Gen TigerLake processor drives the recent HP Spectre x360 14. It’s assumed by anyone that Thunderbolt 4 ‘s laptop sports the new port.  users will play some high-end games, with medium levels, at a reasonable frame rate with Intel’s Xe optimized graphics onboard. However, this was not an option for the series previously.

The device has a 3:2 monitor aspect ratio. Simultaneously, the touchpad was 16% larger than its predecessor.” Most intelligent PC ever” is named by HP its latest laptop. The device is used to avoid battery drain or overheating with the Intel Dynamic Tuning feature. 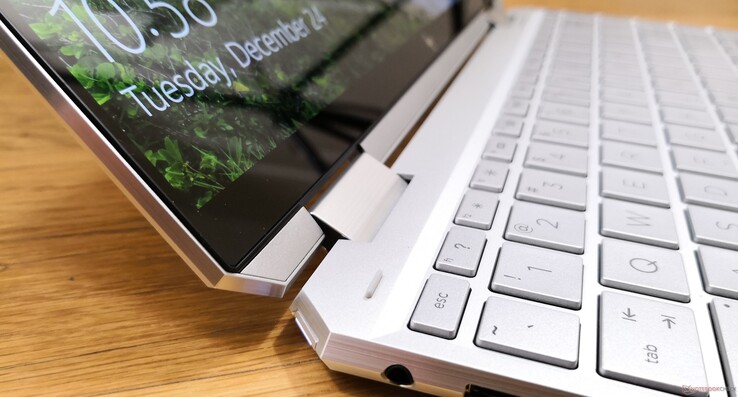 It reportedly prevents background noise from communication applications such as Microsoft Teams and Zoom. The device has also an auto color feature that can automatically switch the screen’s color space between DCI-P3, Adobe RGB, and SRGB

The HP Spectre x360 14 can easily be one of the best laptops of the year, particularly for being productive from home, thanks to its unique and wide monitor, its striking design, and lots of useful products and features.

For the developers, the Intel Evo requirement was a major challenge. With the latest Spectrum Model, HP eventually fulfilled the criteria; for working professionals, it has become a major choice.