The tech giant, HTC released a advert for U11 featuring Olympic athlete Tom Daley Using HTC U11 at swimming pool. However UK Advertising Standards Authority (ASA) has banned HTC U11 Advert believing that it is misleading for users.

In HTC U11 Advert, Dalay take multiple selfies while jumping off a diving platform.  The watchdogs from advertising field, reasoned that an average person attempting something similar was “unlikely to be able to prevent their phone sinking below 1M” — the depth until which the device is water resistant. 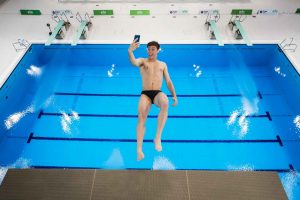 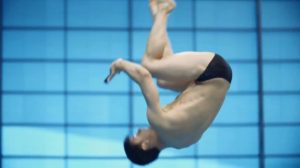 The HTC U11 Advert is very impressive but still banned for misguiding people. The user guide of HTC U11 also reveals that device shouldn’t be exposed to non fresh water. ASA said that this add has extra exaggerated the phone capabilities in misleading manner. They ordered HTC to remove in from all media channels. Some people  argue that, if a phone billed as water resistant isn’t fit for use in a pool, you shouldn’t advertise it in a pool.

HTC also included a disclaimer in the ad—“Don’t try this stunt, Tom’s a professional. HTC U11 has an IP67 rating.”—but the ASA found that the warning was insufficient as it could reasonably be applied to Daley’s diving, and not the depicted use of the phone.  However no doubt, HTC U11 come with extraordinary features. The  HTC U11 Advert was also marvelous.

Also Read: HTC U11 EYEs to be Unveiled on January 15