The Windows Phone 8S by HTC has been announced as a mid-range, multi-coloured Windows Phone 8 handsets during a special event in New York. HTC will offer the Windows Phone 8S in variety of two-tone shades and there is four color options: a Domino Black-White, Fiesta Red, Atlantic Blue and High-Rise Grey-Yellow. 5-megapixel camera with LED flash and it also has a dedicated shutter button on the right side of the phone. It is said that HTC 8S will have a wallet-friendly sticker price. 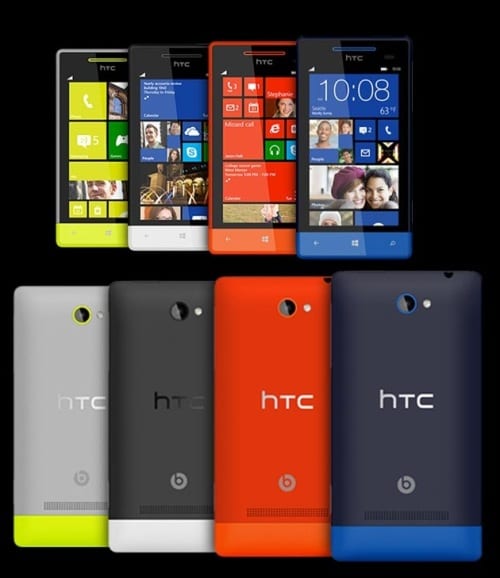 The area below the display houses three Windows keys for Back, Start, and Search spelled out in Microsoft’s familiar pictograms. The 8S will feature comparatively dialed-down components to HTC’s flagship WP8 handset. Even so, the device will run the same advanced operating system from Microsoft and sport a flashy Nokia Lumia-esque aesthetic. Plus HTC Windows Phone 8S is budget friendly phone.