Apart from smartphones, Chinese corporation Huawei has a successful line of laptops under the MateBook brand, and since the United States imposed sanctions on Huawei, the company’s focus has shifted from handsets to other consumer devices, such as laptops and wearable tech. Huawei announces the launch of their upcoming mateBook laptops The Chinese technology monstrosity has now declared that the next generation of Huawei MateBook series laptops will be available in its home market. The company has confirmed that the event will take place in China on December 23rd. 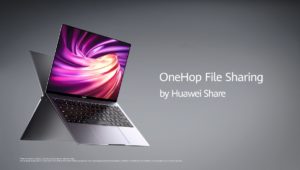 The announcement was made via preview posters on Weibo. These posters depict Huawei’s upcoming MateBook models as well as the features they will include.

The first feature shown in those posters was the introduction of gestures via the front-facing camera, which will simplify some controls. Another feature was the multiscreen collaboration feature via various products from the brand, such as smartphones, tablets, monitors, and others. The third feature discussed two different platforms available on mobile devices like Windows and Android. 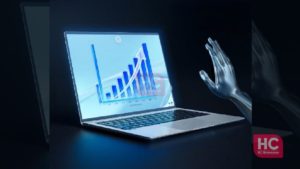 Rumor has it that Huawei will use ultrasound technology for the non-contact gesture recognition and control feature. This is the same technology used in high-tech industries such as semiconductors, aerospace, medical, and more.

The names of these upcoming laptops are still unknown, but given how the teaser campaign has already begun, we anticipate hearing more in the coming days. Huawei appears to have made only minor changes to the design, but we may see more subtle changes once the company releases more detailed images of the laptops. 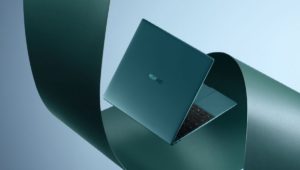 The Chinese company released the Huawei MateBook E 2-in-1 device last month, marking the debut of the brand’s first hybrid laptop. It is available in China for a starting price of 5,999 yuan (approximately $942, Rs. 167676).