Huawei is going to launch its new flagship phone Huawei Ascend P8 on 10th June, 2015 in Lahore. The event is going to start at sharp 7:00 pm in Royal Palm Gulf & Country Club. 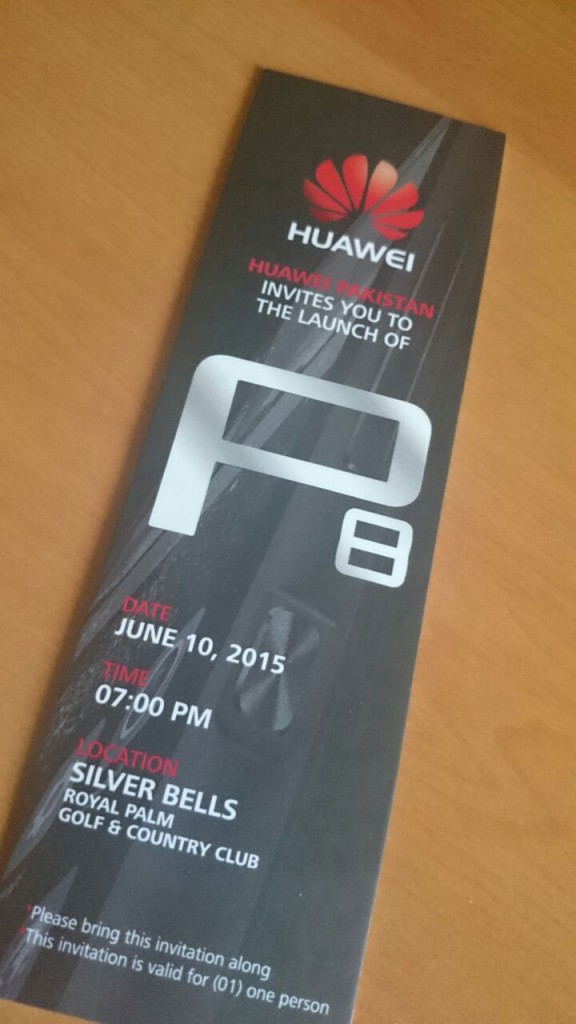 Huawei Ascend P8 has created noise all around the world and is now reaching Pakistan. The company Huawei is itself very excited about P8 and expecting it to be a big-hit in the market. As Huawei has announced that the latest release of smart phones stands for the company the highest level of technology and performance.

Also Read: Huawei P8 Brings Out the Film-Director in Every User

P8 is having great features and could be a big threat for Samsung. As the Huawei CEO highlighted:

According to international news, Huawei goal is to achieve 100 million shipments in 2015; in 2014 there were 75 million unit shipment was recorded. Lets see what response P8 gets from Pakistan; so keep waiting for tomorrow until PhoneWorld brings event’s updates for you.