And finally its Huawei that launches the world’s most astonishing smartphone with the best class hardware. The device will be a flagship device for the company. Cracking through the top order, Huawei Ascend P8 finally breaks down one of the top ranked smartphone by adjusting itself over that step. Huawei Ascend P8 Review was the necessity of time to be presented for the lethal smartphone going to be launched in the next first week of May 2015 in Pakistan. People are waiting for the device and pre-orders have been made for Huawei Ascend P8.

A device that gains international rank and international thirst for it, does something have in it that becomes its fame and generosity. 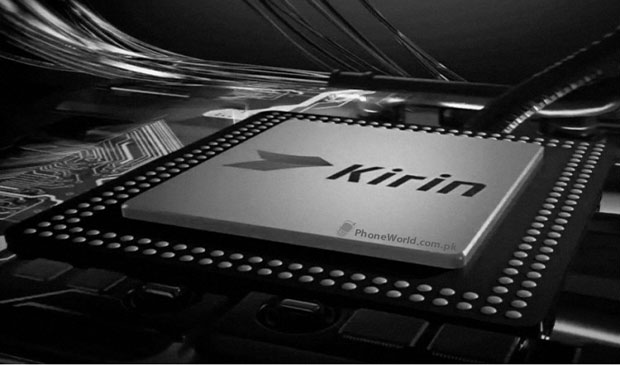 The latest smartphone brands have been launched with 3-GB RAM up till now that is the most huge primary memory ever used (although one recently launched in China with 4GB RAM). Huawei Ascend P8 has 3 GB RAM with DDR-3 technology that is the latest technology for smartphones. In certain situations, there is another option(swapping) for up to 512 MB RAM that can be borrowed from the secondary memory for need base situations. Huawei Ascend P8 comes in both 16 GB and 64 GB internal memory(Toshiba manufacturer) that is huge enough to store user data weather personal or media or mails or others. There is also another option for expanding the internal memory up to 128-GB with a micro-SD Card that uses the SIM-2 slot(with compromise).

Huawei Ascend P8 has an attractive cool display with 1080*1920 Pixels as its resolution. The display is IPS LCD Capacitive Touchscreen with 16M colors that has been guarded with one of the finest protection glass, Corning Gorilla Glass 3 – emotion 3.1 UI. The total size of the screen is 5.2 inches with 424 DPI(Density Pixels per Inch). The GPU vendor is ARM Mali-T624.

An international brand needs branded gadgets that must have the power to fulfill the international standards. Huawei Ascend P8 have earphones with smooth and flexible wire and better ear pieces guarded with a rubber band all around. The speakers have a variety of sounds with its DTS sound system that supports/plays base, treble and cinema sounds with variations. A branded charger with output 5.0 volts and 1 amp charge that has a logo of Huawei and has a spike and surge protection ability been proved. A data cable used for both charging Your Huawei Ascend P8 and for data exchange.

Being a Huawei user myself, I have experienced the long lasting battery for Huawei. There are two reasons for this. One is the real mentioned battery capacity over the battery itself and the other is the software and hardware that finely works with low charge thus increasing the battery life. Below snapshot mentions the durability and strength of battery that works approximately 13 hours with just 19% charge. The overall capacity of the battery is 2680 mAh.

The OS being used in Huawei Ascend P8 is Android OS 5.0 Lollipop and the API level is 21 which is almost the latest API Version. The Lollipop is also an advantage for Huawei P8. With this OS, the Android devices run with higher speed and the user interfaces are very good and the battery timings are also increased with Lollipop for hours.

The dual SIM smartphone, Huawei Ascend P8 is capable to handle all bands of internet with ease which includes:

The rear camera for Huawei Ascend P8 has a unique feature i-e the optical image stabilization that has an outstanding clear portrait photography under back light, auto scene recognition, photography under low light and others with distinction. Being with the world’s first RGBW sensor that enables the brightness by 32% in high contrast situations. The rear camera is 13-MP (4160*3120 pixels) supported with dual flash light with features like Geo-tagging, auto-focus, face/smile detection, panorama and HDR. Captures video with 1080p and 30 Frames Per Second. The front camera is 8 MP (3264*2448 pixels) that has the best readings for social media chit chat and taking perfect selfies.

Amazing thing is the assemble of the class items in a perfect sleek shape of about 6.4mm perfectly designed single aluminium protective cover all around that gives protection with the most and increase in weight with the least. The device matches with Huawei P8 LITE in shape, look and grip with a little variations.(Watch Huawei P8 LITE Review). The speaker is located at the base on the left side and the MIC is at the other side in the netted golden colored body. The charging base is at the exact center with two screws at the side for strengthening the base from damage and faults. Battery is fixed and there is no separate back cover that can be removed.

Perfect shaped, easy gripped with awesome display are the qualities of the world’s most fastest smartphone (performance wise) gives you an additional smart and look wise personality.

The size of the screen is 5.2 inches and the display support is 1080* 1920 pixels that looks real nice when it is been shown with a 5.2″ display. The icons, the interfaces and the background looks with their true colors.

The lock screen have certain features like when they are swiped up, they have a raised menu that includes some necessary buttons for covers, settings, calculator, flash light, camera and recordings etc shown in the first snapshot below.

The phone storage, user available storage and storage captured by apps, pics and others have been shown in the second snapshot.

EMUI is an exciting Android-based user interface developed by Huawei. The interface features the unique Me Widget, which makes better use of screen real-estate by combining common features into a single, customizable widget.(for detail about EMUI).

The interfaces for text and dial pad have been followed the general and standard ones to be user friendly and easy to use.

It was my extreme wish to have a smartphone that comes out to be the best world wide. While making my Huawei Ascend P8 Review, I was shocked when I saw the bench marking results of Huawei Ascend P8, The device cracked the top most category and pushed back the One-Plus-One from its third position. Thus sustaining its position at the 3rd followed by Meixu MX4 and Samsung Galaxy Note 4. Huawei may beat Samsung’s market world wide with its fresh and fast releases with the best results throughout.

Huawei Ascend P8 has a 2GHz Octa-core processor that can be expected for the best performance along with the 3 GB RAM and Intra-core sharp and fast results. The frequency fluctuates between 1017.6~2016.0 MHz that has an overall greater speed in combination with the 8 cores.

A task is about 10 MB that is going to be executed with a processor.

CPU-Z is a free app that checks for the overall information of a device like the General, System, Sensors, Battery and others. The things to mention here are the sensors. Huawei Ascend P8 shows the following sensors:

The free bench marking application shows the results after been bench marked with standard smartphones. Our Huawei Ascend P8 is number one with its multicore and fifth at both the single core and browser. That takes Huawei P8 at almost the 3rd position throughout.

Bench marking with the top category smartphones that includes One Plus One, Samsung Galaxy S5 and others. The results are shown below.

With one of the best processors and best tools inside along with the best IPS LCD display and Mali-T624 as its GPU. The results are above our expectations.

Taking the leading edge and ranking the top most, Huawei Ascend P8 doesn’t have any issue with the games and you can play games with size in GBs. 3 GB RAM and (2GHz*8) processor is well maintained to run almost any game published over the google play store.

We have checked it for more than six games in Huawei Ascend P8 Review which are:

Huawei Ascend P8 deserves the best with its best branded processor, 3 GB RAM, 16 GB Toshiba manufactured internal storage, 13 MP Camera with featured sensors and especially the design and the golden attractive color that overwhelms the other smartphones with their looks. HiSilicon Kirin 930 is a 64 bit Octa core processor with 2GHz as its speed and 8 cores that doesn’t have the issue of becoming hot red like others. With its pre-orders and great desire, its gonna shake the market of Pakistan with its release in the first week of June. It is though a bit expensive, yet the high-end users won’t have any problem with the compromise of money and standard.