Huawei Technologies plans to promote the research and production of wearables that are designed at health care. The move comes as part of its plan to reach new regions after the US restrictions.

The Huawei, Chinese technology giant could be forced to this line to grab its competitor Xiaomi, the world’s second-largest wearable manufacturer after the Cupertino-based Apple company. Huawei is actively conducting three health research projects on the management of hypertension, body temperature and coronary heart disease. These plans were revealed by the company in an online event earlier this month.

Checkout: Today&#8217;s Digital Era Demands for More Interconnected Devices. Here is How Huawei Tackles This with Its Smart Ecosystem

Huawei Focus on Health-Care Devices to Enter in New Market 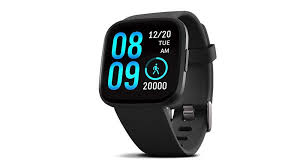 Although Huawei has announced that he focuses on wearables relevant to healthcare, he still has to say when we can also see the implementation of these new features in his smartwatches, smart bands and even eyewear offers.  i The company announced that a “strong challenge” to established to enter in the market to compete other rivals. However,  the company currently did not comment more on the matter.

As canaly analyst Jason Low says, “The entire industry wants wearable devices to help users better handle their health concerns, especially chronic diseases that are likely to be faced by both young and old. Yet a long way needs to be taken as this requires a lot of R&D spending and collaboration between smart hardware and technology companies. “Back in the third quarter of 2020, Huawei was the 3rd largest wearable manufacturer worldwide. But, US trade sanctions have limited the capacity of the company to deliver hardware and software to its core market smartphone and network operations.

Ren Zhengfei, the CEO and founder, said previously that the company should continue to work and development in a responsible way, concentrate on profits, and even call for decentralization to survive in recent times. Huawei officially has over 13 research centers worldwide focusing on its smart wearable model, hardware and software development, and also on healthcare devices.