Addressing the event, Mr. Aragon Ming, CEO Huawei Pakistan said: [pull_quote_center]”I am grateful to have such hardworking team and partners working with Huawei Pakistan. In 2014 there were 75 million unit shipment of Huawei devices was recorded and this year with the launch of P8 our target is to achieve 100 million shipments. Huawei is the third largest selling phone in the Middle East and Africa. I am happy to announce that Huawei is in the list of top 5 R&D spenders and comes in the list of top 100 global brands”.[/pull_quote_center]

In the event Mr. Fraz Khan – Head of Marketing gave a detailed presentation on the specifications and features of Huawei P8 and also introduces Huawei Talkband B2. Huawei 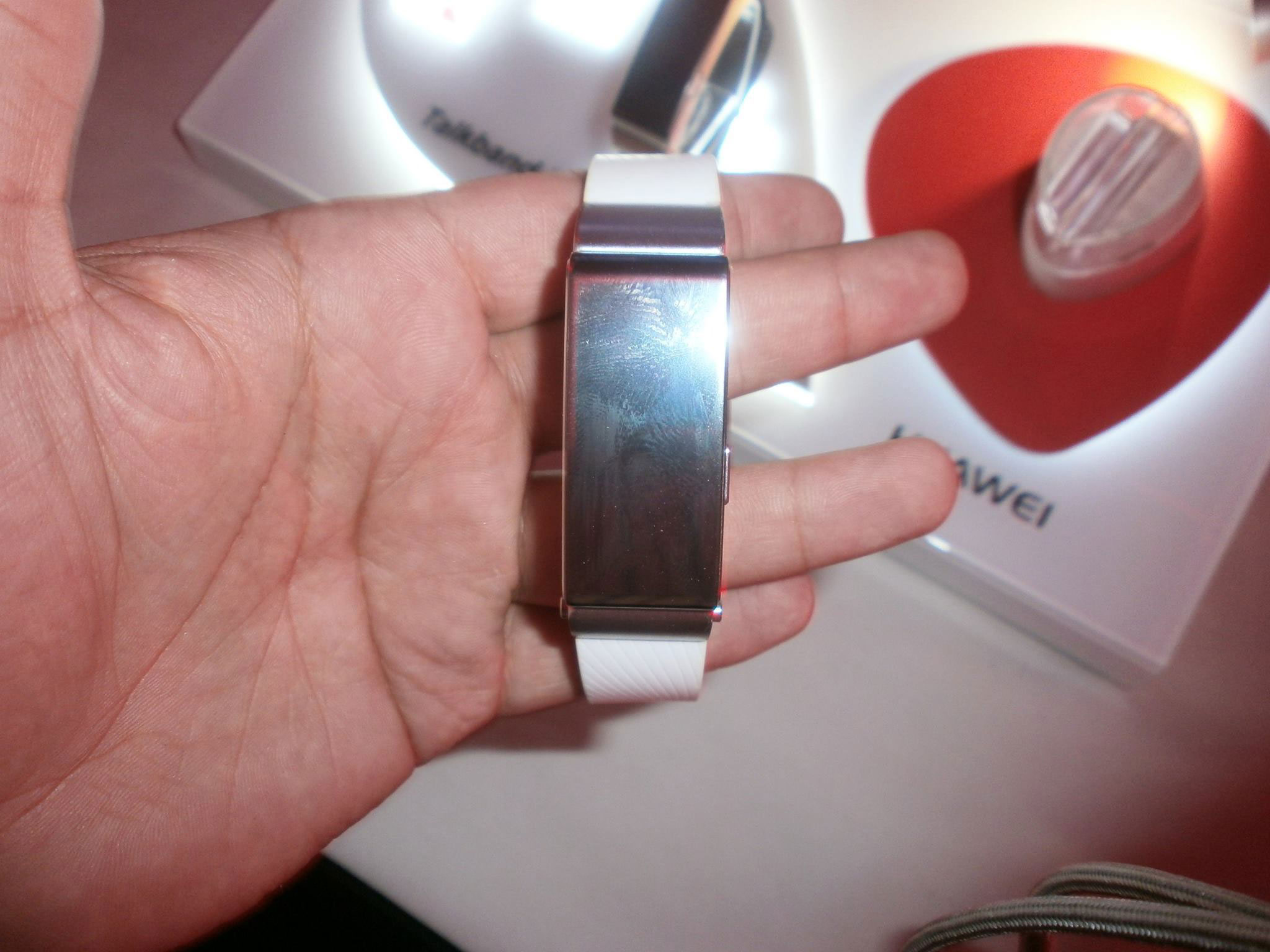 Talkband B2 is a powerful wearable gadget which keeps you informed and updated wherever you are and whatever you’re doing with onscreen notifications, reminders, alarms, tracking and monitoring. It has some extra features like Smart Health Tracking, Direct Phone Unlocker, Phone Finder and Remote Control Camera. It can be connected to all Android and iOS devices.

Huawei P8 has a very slim, sleek design and the metallic outer look makes in more appealing. The phone is definitely the perfect blend of beauty and functionality and it excels in many different ways. The screen to body ratio of Huawei P8 is fairly less as compared to iphone 6 and Samsung Galaxy S6. The phone comes with a 5.2 inch HD display IPS-Neo panel, which has a high 1500:1 contrast ratio. This is what Huawei refers to as a Rich-Touch screen, with support for new ‘Knuckle Sense‘ gestures. Using your knuckle you can capture the screen, draw around it to crop, then save or share the image. The phone has Octa-core Kirin powerful processor which intelligently balances the performance and power consumption. More over the phone has Intelligent Link + Connectivity System which allows automatic antenna selection techniques based on network strength thus resulting in 50 percent fewer dropped calls and a 20 percent increased call connection rate.  The exciting feature of the phone is its camera. The phone comes with 13 MP rear camera which is the world’s first four-colour 13Mp RGBW image sensor camera. It also features excellent optical image stabilisation, a DSLR-level image signal processor, four-frame HDR, a light painting mode and scene recognition technology. The camera also possess different features like Director Mode; which allows you to link 3 phones for multi-angle video filming, Time-Lapse Video; which compresses long videos into short videos and Beauty Enhancement Mode. While the front camera is of 8 MP and includes Perfect Selfie mode, which lets you preset beauty modes and supports very fast face recognition. 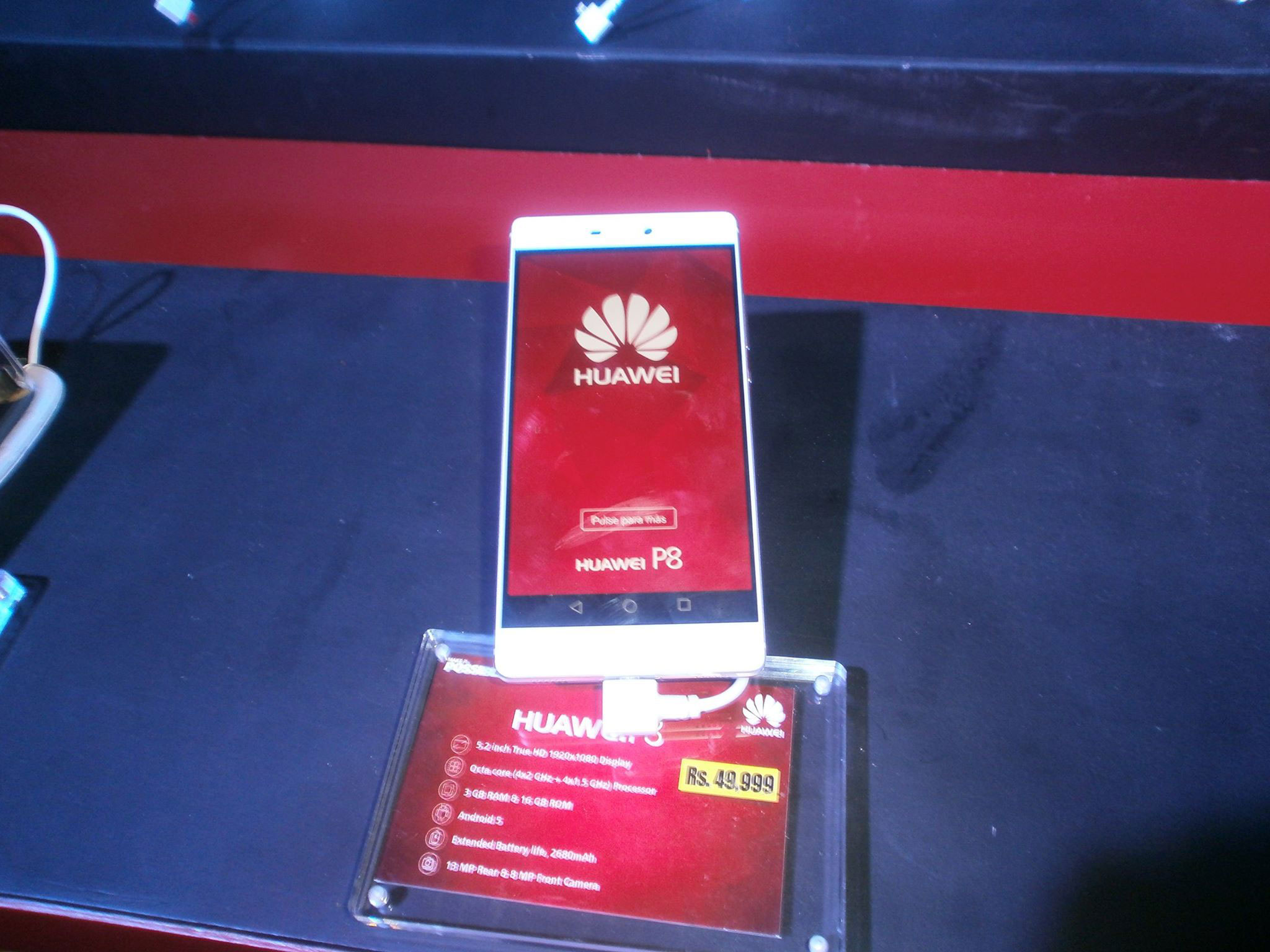 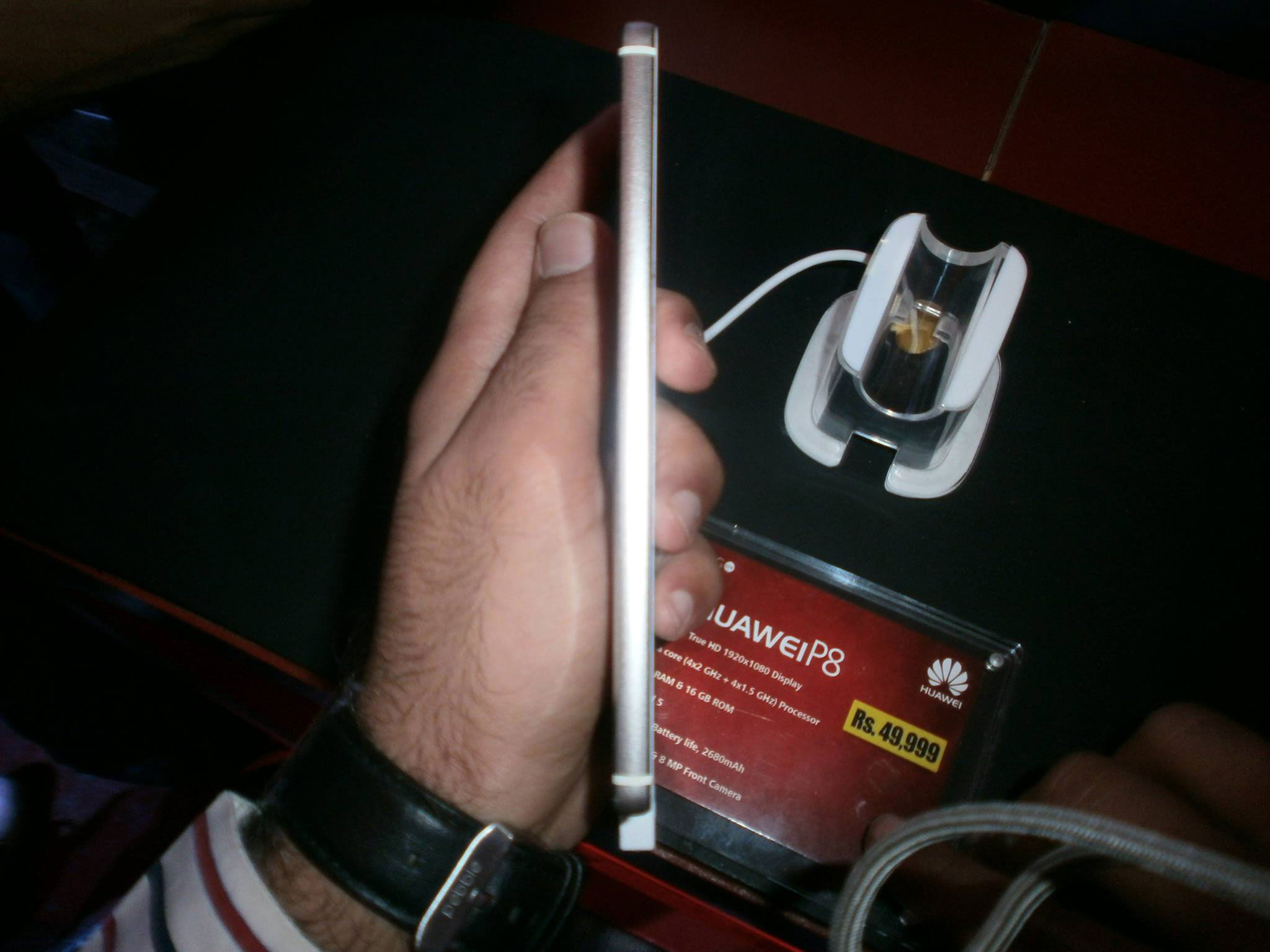 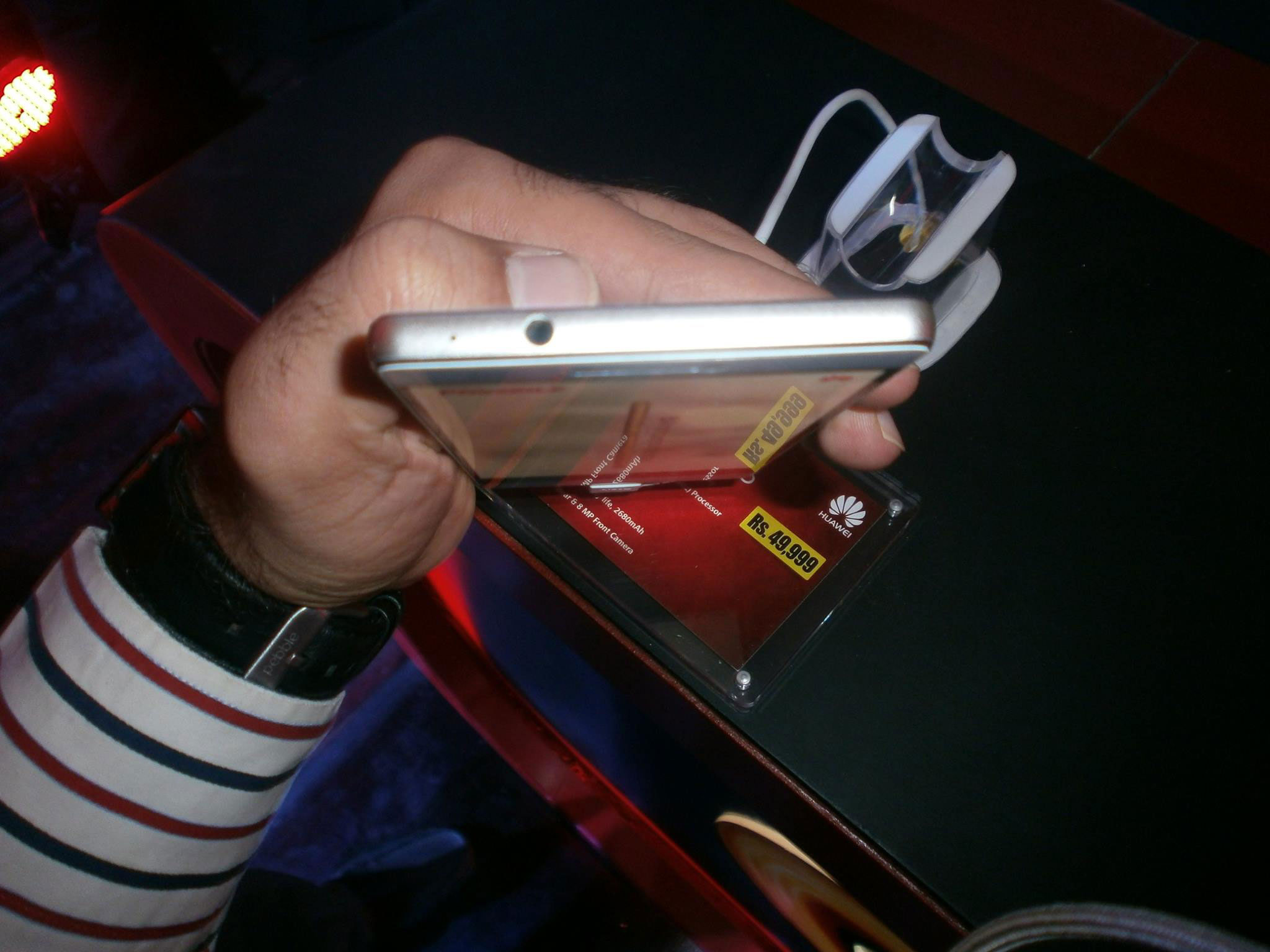 The phone has a 3 GB of RAM and internal memory options of 16/64 GB and external memory extendable up to 128 GB. Huawei P8 comes with Android OS, v5.0.2 (Lollipop) and is powered by Non-removable Li-Po 2680 mAh powerful battery. The phone comes in Titanium Grey, Mystic Champagne colors in 16 GB model and Carbon Black, Prestige Gold in 64 GB model. This amazing phone is a true value for money and is priced at Rs. 49,999 only.

Whereas Huawei P8 Lite comes with a 5 inch HD Display with 68.3% screen-to-body ratio, Octa-core 1.2 GHz Cortex-A53 processor, 13 MP auto focus rear camera with dual-LED flash and front camera consists of 5 MP. The Huawei P8 Lite has a 2 GB of RAM and internal memory of 16 GB while external memory is extendible up to 128 GB. The phone runs on Android OS, v5.0.2 (Lollipop) and comes with non-removable Li-Ion 2200 mAh battery. The phone is available in Black, White and Gold colors. The price of Huawei P8 Lite is Rs. 25,799. 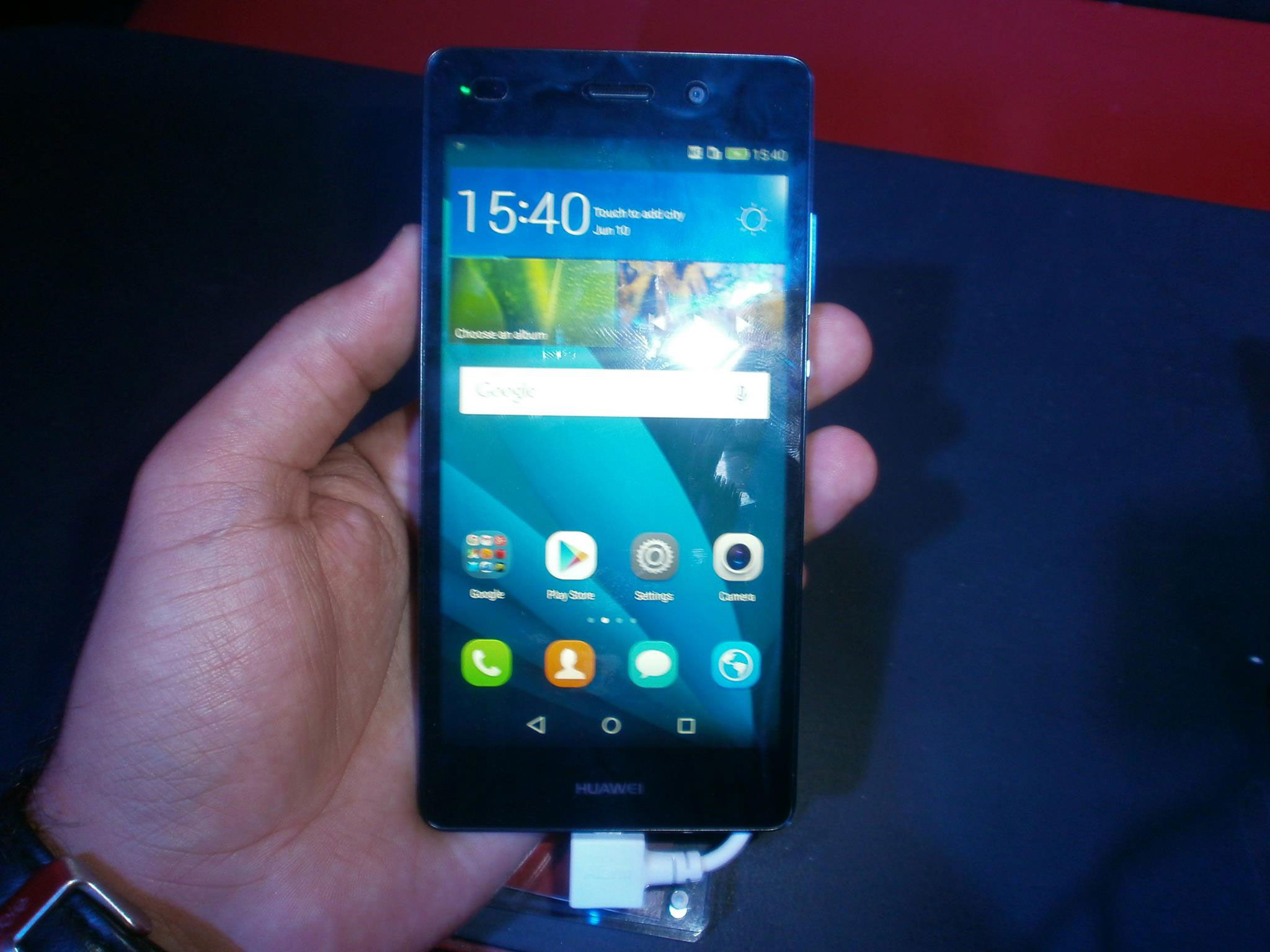 Stunning & Gorgeous Humaima Malick, Huawei Brand Ambassador was also there in the event. She was presented the new Huawei P8 phone as a gift. Talking to the audience Humaima Malick said: [pull_quote_center]”I actually liked this new smartphone from Huawei and I will take this amazing phone to the premier of my upcoming Pakistani romantic comedy film Dekh Magar Pyar Se which is going to be released in August this year”.[/pull_quote_center] 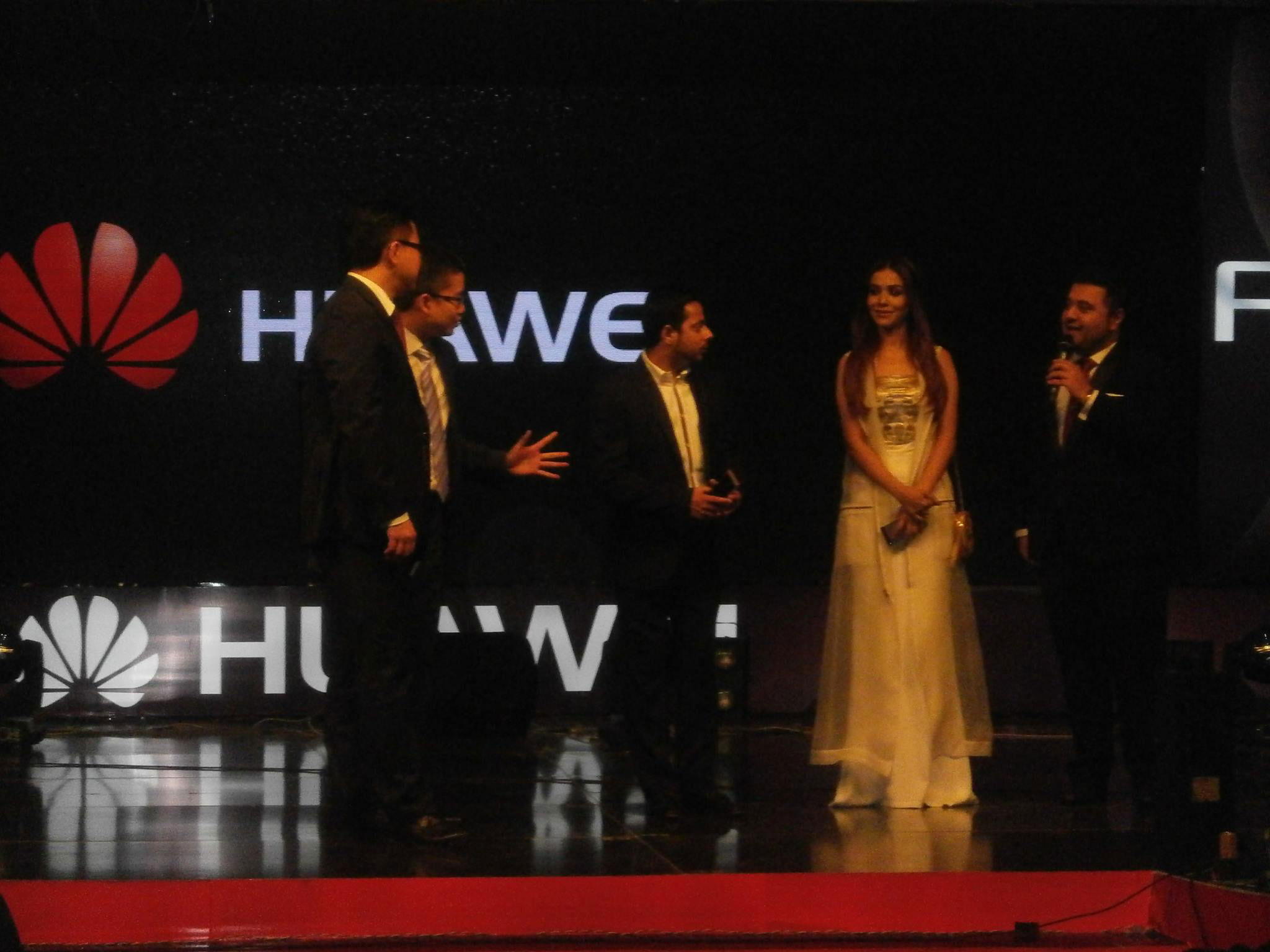 Famous Pakistani light calligraphy artist JZ Aamir amazed the audience with his light calligraphy pictures which were taken from Huawei P8 superb camera in different areas of Lahore. JZ Aamir said: [pull_quote_center]”I just love the different camera features and functions of this phone. I didn’t feel any difference in the image quality and results of a high end DSLR and this phone’s camera”.  [/pull_quote_center]

The ceremony was hosted by Fahad Sheikh, Zara Peerzada, Ali Gul Peer & Ahmad Ali Butt. The event was followed by a fashion show from Maria B and some other performances by different artists.