Huawei has just introduced a new laptop in the UK market. This laptop is named the Huawei MateBook D-15, which arrives with Intel’s newest 11th Gen Core processors and is meant to be a small and light notebook focused on productivity. 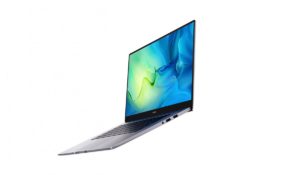 MateBook D 15 features a 15-inch FHD IPS anti-glare display on the new laptop that comes with a FullView design by the Chinese tech titan. This offers a ratio of 87% screen to body and aspect ratio of 16:9. The display has also been certified to the TÜV Rheinland Low Blue Light and Flicker-Free, feature as to provide the user a more comfortable screen experience and decrease eyestrain during using a long time.

The MateBook D 15 comes with an 11th Gen Intel Core i5 processor based on the 10nm SuperFin technology. It is a quad-core CPU with integrated graphics from Intel’s Iris Xe. For memory, the DDR4 Dual-Channel RAM is composed of up to 16GB and 512GB of NVMe SSD. The gadget also comes with the Sharkfin fan designs from Huawei that enable the laptop to regulate its thermals more effectively during heavy loads. 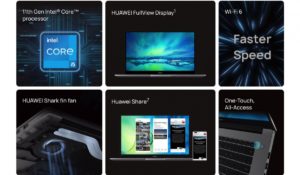 Additional features include standard support for Wi-Fi 6, a power button fingerprint scanner, a camera, and even fast-charging compatibility. Currently, the MateBook D 15 price tag is set for 749.99 £ ($1040) in the UK. The laptop will be available on the company’s official store as well as on other authorized dealers stores.