Huawei has launched its Ascend G7 in Pakistan, a phone which has stormed in the market as the most economical and 4G LTE supportive Smartphone that is fully loaded with unique and amazing features. This Smartphone surely proves to be another Huawei hit gadget and will sell like hot cakes as Huawei has never failed to provide outstanding devices in affordable price range.

[pull_quote_center]The Ascend G7 comes in ultra-thin metallic body and sleek design. The smooth metallic body of this smartphone will add to the class and elegance of the user. The Huawei Ascend G7 encases 5.5 inch, touch-sensitive HD screen 1280 x 720 resolution and16M colors. The processing of the device is palpable with Quad ARM Cortex A53-1.2 GHz with build-in memory of 16 GB plenty of 2GB RAM.[/pull_quote_center]

The back and sides are metal, with a slightly curved shape to the back that feels comfortable in the hand. There are plastic inserts at the top and bottom and Huawei’s provides this device in different colour naming: the G7 comes in Horizon Gold, Moonlight Silver and – get this – Space Grey.

The G7 packs a 13MP camera featuring back-illuminated sensor (BSI), autofocus, digital zoom, face and smile detection, geo tagging and many cool amazing picture effects. With these features Ascend G7 will keep the memories secured, as genuine as they essentially were taken, by delivering such pictures that are clear and bright and full of lively colours.

Huawei has kept its promise of keeping its user’s convenience and needs as its top priority and has never failed to deliver exceptionally great and economical smart phones. 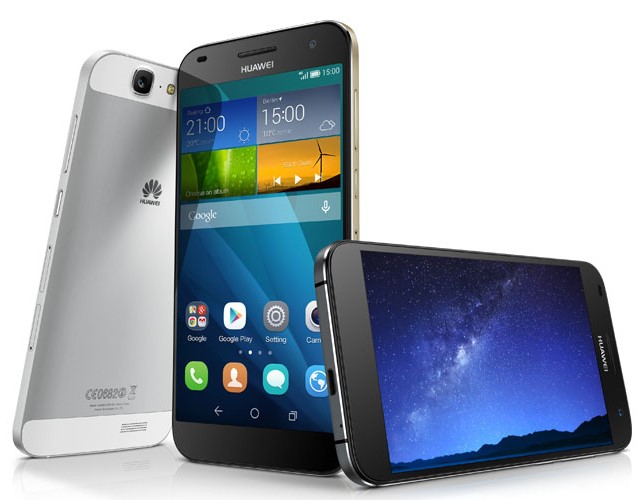 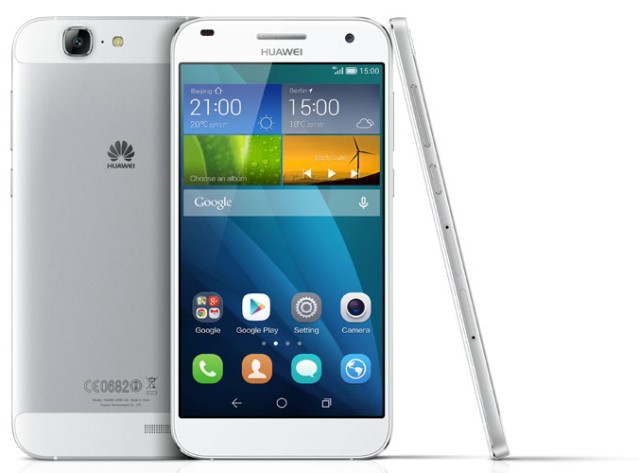 All your responsibilities are lessened because Huawei Ascend G 7 possesses extra-big 3000 mAh battery that keeps you connected everywhere through your gadget and provide you countless moments of relaxation for an uninterrupted life, if you have a whole day loaded with outdoor work then Ascend G7 will keep you connected wherever and with whom so ever you would want.

For a Complete Review Regarding Huawei Ascend G7